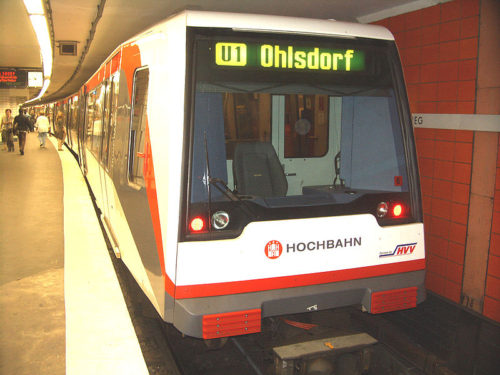 In a bid to curb increasingly dangerous levels of urban air pollution, Germany—home of Mercedes Benz, BMW, Audi, VW, and Porsche—is test-driving a plan to get private vehicles off the road by offering free public transportation.

According to a letter sent by Berlin to the European Union, and made widely available to media, the citizens of five cities—including Essen, Bonn, and the town of Herrenberg, a community south of Stuttgart known as one of Germany’s most heavily polluted cities—may soon be the first participants in the nation’s latest plan to fight pollution.

Just how soon remains uncertain. “Even though the letter lists specific cities and indicates that the experiment may eventually be expanded nationally, government representatives played down the initiative,” the Washington Post reports, “saying that it would be up to city officials to decide.”

The official buck-passing is easy to understand, given that similar experiments in Paris, Portland, and Seattle were short-lived. The attempt in Paris “lasted only one week,” the Post states.

And in Germany, there are concerns about who will pay.

Free public transit will be expensive, “as many German transport companies currently finance about 50% or more of their earnings through ticket sales,” the paper states. Under the new plan, much of the funding will come from taxes.

There are also concerns that the ride-for-free venture, if applied nationally, will “overburden public transport networks in major cities such as Berlin, Hamburg, or Munich, which are already bustling during rush hours,” leading to a spillover effect and “an exponential rise in associated costs because of costly network expansions.”

But German policy-makers may well end up standing their ground, given recent European Commission reports that hold air pollution responsible for about 400,000 deaths per year on the continent. Though Germany is hardly the worst offender, its recent letter signed by three government ministers does assert a strong commitment.

“Effectively fighting air pollution without any further unnecessary delays is of the highest priority for Germany,” it states.

The Post says the recent Volkswagen emissions cheating scandal may help officials push the program forward. Especially in Berlin, “where standard monthly public transport tickets now carry the name ‘eco-ticket,’ those revelations have triggered an unprecedented willingness to confront” another powerful opponent of the free-ride plan: the country’s auto lobby.