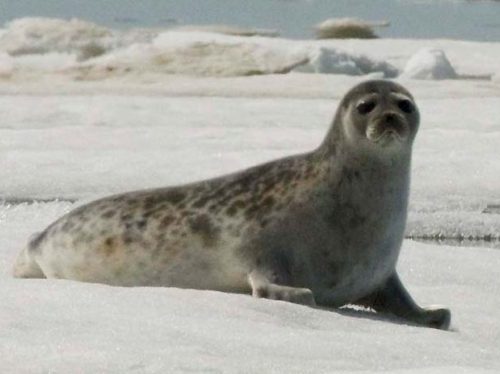 In a significant blow to Big Oil’s ambitions to drill in Alaskan waters, an American federal appeals court has given the ringed seal protection under the Endangered Species Act, concluding that the rapid disappearance of sea ice clearly menaces its future, InsideClimate News reports.

The federal court ruling marks the end of a “protracted battle” between those concerned with the well-being of the seals, and the fortunes of “oil and gas operations along Alaska’s water, which the state relies on for revenue,” InsideClimate states. Because “protecting the seals means guarding their habitat”, the ruling will significantly hamper any efforts to develop oil and gas in the region.

“The Arctic has been seeing record lows in the extent of sea ice for this time of year,” ICN notes, with the extent of this past January’s ice being “more than five million square miles below the historical average for the month from 1981 to 2010.” Such a loss clearly endangers species like the ringed seal, which “build lairs on the surface of the sea ice to birth and protect their young.”

In 2012, the U.S. National Marine Fisheries Service projected that without protected status, ringed and bearded seals could both be extinct by 2100.

The court’s decision is particularly striking given that the “Arctic ringed seal population appears to be in good shape—according to the IUCN Red List there are more than 1.4 million of them,” writes reporter Sabrina Shankman. That apparent robustness has the oil and gas industry feeling indignant, but “experts say those looks can be deceiving.”

University of Alaska ringed seal specialist Brendan Kelly cautioned that “we just don’t have good ways to count those animals in a way that is robust.” And, he added, there’s no ambiguity about what’s happening in the Arctic: “This is massive habitat loss. You can’t maintain a species without it.”

Ultimately, ICN adds, protecting Arctic habitat “requires ending the emissions from fossil fuel use entirely, an ambition that so far has eluded the world.”