Flanagan Pivots from Pembina to NRCan as Director of Policy 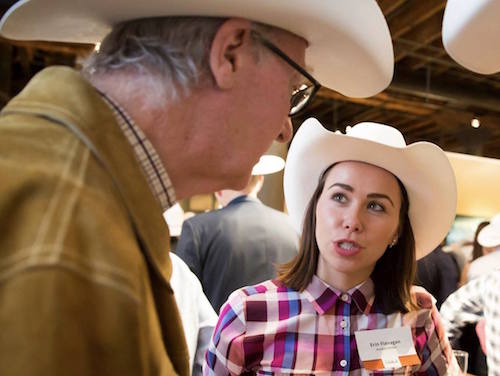 Flanagan, a chemical engineer who originally joined Pembina’s Calgary office in 2013 as a tar sands/oil sands policy analyst, was named one of Ottawa’s 100 top lobbyists last year by The Hill Times for her work as the organization’s program director, federal policy.

After she moved to Ottawa for Pembina, Flanagan was a constant presence on key climate and energy files, digging deep into the details of the pan-Canadian climate plan, federal methane controls, carbon pricing, implementation of the 2015 Paris agreement, and Canada’s role in orchestrating the Powering Past Coal phaseout alliance during COP 23 in Bonn.

Last December, she warned that Canada would have to “pick up the pace” on implementation of the pan-Canadian plan, “to ensure these hard-won policy measures are effectively implemented”. In August, she called on Canada to produce its own version of the U.S. National Climate Assessment.

“I’d like to see Canadian scientists do this same kind of research,” she told the Canadian Press. Climate change “is something that will transform our economy and the places we live,” but those impacts are “a missing part of our discourse.”

Climate Action Network-Canada Executive Director Catherine Abreu said she would miss Flanagan as a colleague but “so look forward” to working with her in her new role.

“It’s difficult to think of anyone better suited to help craft and execute the inclusive reimagining Canada needs to contribute its fair share to confront climate change while reaping the benefits of climate action,” she told The Mix. “It’ll take a shift in some of the entrenched ways of doing things in our economy and our natural resource sectors, and Erin has the exact mix of intelligence, creativity, and heart for the tough work ahead.”