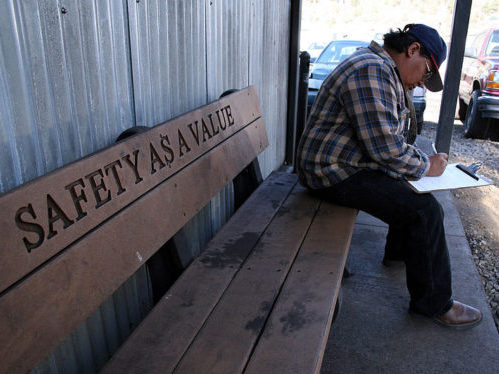 More United States coal miners are contracting a deadly and more complicated form of black lung disease, and they’re being diagnosed at a younger age, the U.S. National Institute for Occupational Safety and Health reported earlier this month, confirming a disease cluster that was first identified in a National Public Radio investigation 14 months ago.

“This is the largest cluster of progressive massive fibrosis (PMF) ever reported in the scientific literature,” said NIOSH epidemiologist Scott Laney, who participated in the study published in the Journal of the American Medical Association. It confirmed 416 cases of PMF or complicated black lung in three clinics in central Appalachia from 2013 to 2017, reports NPR’s flagship news program, All Things Considered.

“We’ve gone from having nearly eradicated PMF in the mid-1990s to the highest concentration of cases that anyone has ever seen,” Laney said.

Ron Carson, director of a black lung program that operates clinics in Virginia, Kentucky, and West Virginia, said his organization typically saw a half-dozen PMF cases per year when it opened in 1990. “The clinics now see that many cases every two weeks,” NPR states, “and have had 154 new diagnoses of PMF since the fieldwork for the NIOSH study concluded a year ago.”

And “even with this number,” Laney said, “which is substantial and unacceptable, it’s still an underestimate.”

NPR says the NIOSH study confirmed a trend that Carson first revealed in the broadcast network’s 2016 investigation. “Miners are dying at a much younger age,” he said. The study found that “a high proportion” of the miners in the epidemiological study had severely advanced disease and “coal mining tenure of less than 20 years, which are indications of exceptionally severe and rapidly progressive disease.”

The All Things Considered report summarizes data pointing to an accelerating PMF epidemic in U.S. coal country—and a public health emergency for the 50,000 coal miners the industry has not yet laid off.

The original news investigation “also found that the likely cause of the epidemic is longer work shifts for miners and the mining of thinner coal seams. Massive mining machines must cut rock with coal and the resulting dust contains silica, which is far more toxic than coal dust,” NPR notes.

“The spike in PMF diagnoses is also due to layoffs and retirements brought on by the decline in coal mining. Miners who had put off getting checked for black lung earlier began streaming into clinics, especially if they needed the medical and wage replacement benefits provided by black lung compensation programs.”