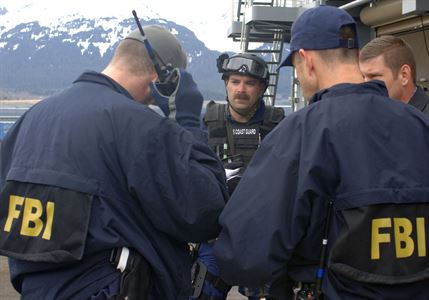 “The statement was matter-of-fact and brief, but unambiguous,” InsideClimate News reports. “Normally, conclusions like these might not deserve much notice. But in an administration where top officials, including some with intelligence responsibilities, have repeatedly questioned the basic science of global warming, such a frank confirmation of the mainstream consensus was striking.”

The report, presented as written testimony from Donald Trump’s director of national intelligence, Dan Coats, stated that “extreme weather events in a warmer world have the potential for greater impacts and can compound with other drivers to raise the risk of humanitarian disasters, conflict, water and food shortages, population migration, labour shortfalls, price shocks, and power outages.” It added that “worsening air pollution from forest burning, agricultural waste incineration, urbanization, and rapid industrialization—with increasing public awareness—might drive protests against authorities, such as those recently in China, India, and Iran.”

InsideClimate notes that this week’s assessment contrasted with two recent administration documents, the National Defense Strategy and the National Security Strategy, both of which purged climate change references that had appeared in past years’ documents.

“The intelligence community, instead, aligned itself with science agencies,” ICN notes. “The report’s views reflect those in the thoroughly peer-reviewed interagency National Climate Assessment issued last year, and the facts consistently reported by major scientific agencies” like the National Oceanic and Atmospheric Administration (NOAA) and the National Aeronautics and Space Administration (NASA).