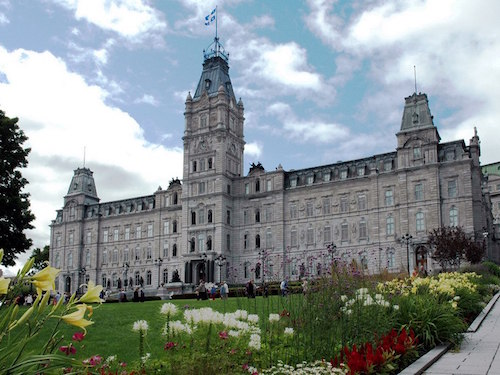 Frustrated by a piecemeal approach to climate action which will leave their province struggling to achieve its 2020 emissions target, and with their eyes on the upcoming election, 24 prominent Quebec scientists are getting political, the National Observer reports.

Université de Montréal physicist Normand Mousseau, academic director of the Institut de l’Énergie Trottier, is project lead for the newly-launched non-partisan information campaign, Climate, the State and Us. “It’s a political project, in the sense that we want to put on the public stage, and political debate, the need to act more coherently” on climate, he told National Observer.

The provincial government “is not coherent at all, at all,” he added. “We are very, very late because we don’t understand the importance of data, information, and science to move forward. We haven’t put any structure [in place] to ensure coherence, and we don’t have a long-term vision.”

And “too often,” he added, “regulators fail to follow up on and evaluate their policies and targets.”

Concordia University geography professor Pascale Biron agreed that “a silo approach remains dominant in Quebec, with numerous departments or municipalities involved to different extents, but with an absence of integration to respond to more global targets” on issues like flooding.

“As of now,” Mousseau explained, “the Minister of Environment is in charge of sustainable development. We think it’s not the right thing to do, because an environment minister doesn’t have the economic levers.” The new sustainable development agency, he added, would “handle funding, the reduction of greenhouse gas emissions, water management, support to innovations, and dialogue between different stakeholders and citizens.”