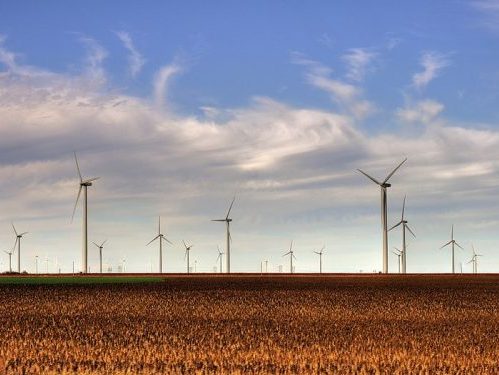 Provincial utilities in Canada could save between $17 and $110 per tonne on their greenhouse gas emission reductions by replacing combined cycle natural gas plants with wind, wind plus hydroelectricity, wind with natural gas backup, or bioenergy where it’s available, the Canadian Energy Research Institute (CERI) concludes in a modelling report released this week.

Combined with persistent concerns about methane releases from natural gas fracking and distribution (not to mention methane deregulation south of the Canada-U.S. border), the CERI analysis undercuts the long-held dogma that positions natural gas as a cost-effective bridge to a post-carbon future.


The report landed in the same week that U.S. media reported on the growing number of renewables plus storage projects that are out-competing natural gas “peaker” plants on price.

“In all cases, the selection of these options leads to a decrease in emissions at a lower cost than the base case option” of natural gas combined cycle (NGCC), CERI concludes. The analysis consistently cites wind as the most affordable option for intermittent power, at province-by-province rates ranging from 5.6 to 7.5 cents per kilowatt-hour. For firm power, the report points to biomass as the least-cost option in Quebec and points west, at prices between 4.3 and 5.2¢/kWh, although “the amount of electricity that can be generated is limited” due to resource availability. It identifies wind+gas is the cheapest base load option in the three Maritime provinces, wind+hydro in Newfoundland and Labrador.

CERI also looked at the cost of coal with CCS, solar, geothermal, and small modular nuclear reactors. “These options may have other characteristics that would promote their use, for example, in off-grid locations,” the report states. “However, from a cost perspective in terms of both retail prices and reduction in carbon dioxide emissions, they are more expensive.”

CERI President and CEO Allan Fogwill said he was surprised by the results of the analysis.

“There’s been a lot of debate about what the actual costs are for wind and solar, in particular,” he told The Energy Mix. “Our report was an objective assessment in the context of how the power would be used.” Power grids need a combination of baseload and peak electricity, and Fogwill said more general cost analyses for different supply options sometimes leave out the cost of firming up the power, or providing transmission to link often-remote renewable generation sources to the grid.

CERI weighed that fully-loaded cost against combined-cycle natural gas, “which is reasonably inexpensive, has a reasonable amount of access to its fuel supply, and therefore provides reliability, base load, frequency management, voltage control, all the things a grid needs,” he said. “When you compare that to the other options that we identified, they’re all within the 5¢ to 11 or 12¢ (per kilowatt-hour) range, which was a bit surprising to me. But it’s quite encouraging. We still have some ways to go to prove up some of the new technologies, but on the other hand we can see great opportunities to decarbonize the electricity system.”

“As experience and understanding of these new technologies grows, so does the consensus that they can provide the carbon-free power we need, and do it economically,” he said. “We are catching a major break here—these cost reductions for carbon-free electricity are showing up just as we’re realizing how expensive climate change will be if we don’t get it under control.”

Torrie added that CERI “has made a valuable contribution by factoring in the full cost of each option—storage and new transmission for renewables, CCS and carbon pricing for fossils, long-term waste storage for nuclear—and their conclusion ought to be a wake-up call for anyone who still thinks the status quo is going to survive in the power sector.”

While bioenergy emerged as the most affordable carbon reduction option for all but the four eastern provinces, the report points to several challenges, including fuel quality, efficient conversion of that fuel to electricity, and the cost of transporting a dispersed energy source to a power plant. Without bioenergy plantations or some other dedicated source of supply, “the amount of energy that can be produced is limited by the operations of other industrial systems that produce biomass residue,” the report states.

Although CERI set out to dig deeper into the different ways utilities use electricity, Fogwill said the analysis left out broader supply chain issues like methane emissions from natural gas production, competing or contradictory demands on forest and agriculture waste that might become bioenergy feedstock, or the precious metals required to produce renewable electricity equipment.

“We tried to ring-fence where we are,” he explained. “Those issues come up once you get into upstream manufacturing of a product,” but including them in the cost analysis “would have diluted the message we were trying to get across.”

The core of that message, he added, is that “it’s not a one-size-fits-all answer, and that means the complexity of the debate becomes even greater.” (h/t to The Energy Mix subscriber Ralph Torrie for first pointing us to this story)