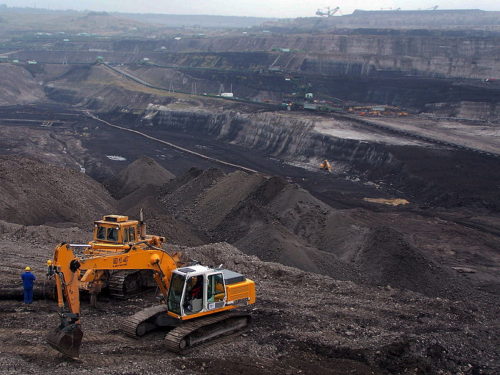 A number of European insurers—including the UK’s Aviva—are continuing to fund the expansion of Poland’s coal industry, the second-largest in Europe, thereby undermining efforts to fight climate change.

Although, “the UN recently called for a stop to new coal power plants and an accelerated phaseout of existing ones,” The Guardian reports, “Polish companies are planning to build power plants able to generate more than 10 gigawatts and open new mines holding more than 3.2 billion tonnes of lignite, the dirtiest form of coal.”

And companies like Aviva are helping to make that happen.

According to the global Unfriend Coal network, Aviva has put £372.7 million into Polish coal, more than any other insurance company apart from The Netherlands’ Nationale Nederlanden.

The news of Aviva’s investment comes less than three months after The Guardian reported on its decision to divest from coal. The British insurer declared at the time that, “left unchecked…climate change will render significant portions of the economy uninsurable.”

Now, Aviva points to the more than £525 million it invested last year in low-carbon projects, like wind farms and solar. As for its persistent enthusiasm for Polish lignite, it says that it is “engaged with companies that derive more than 30% of revenue from coal to improve their business practices, and will divest ‘where we do not see sufficient movement to transition away from coal,’” The Guardian notes.

Which means that, “unlike all other insurers which are taking action on coal, Aviva decided to focus on engagement rather than on divestment, and have only divested from very few companies if engagement was completely unproductive,” said Unfriend Coal Coordinator Peter Bosshard.

And Aviva isn’t alone. “Europe’s biggest insurer, Allianz, is leading a consortium underwriting the biggest coal power plant under construction in Europe at Opole, near Katowice,” The Guardian notes. Katowice will host this year’s United Nations climate summit, COP 24, in December. [Another nearby coal plant in Poland may actual hold the record as the EU’s largest under construction—Ed.]

The investment group includes Munich Re, which has been a constant voice of caution about greenhouse gas emissions since the 1980s—but not Lloyd’s of London, which will be divesting from coal April 1