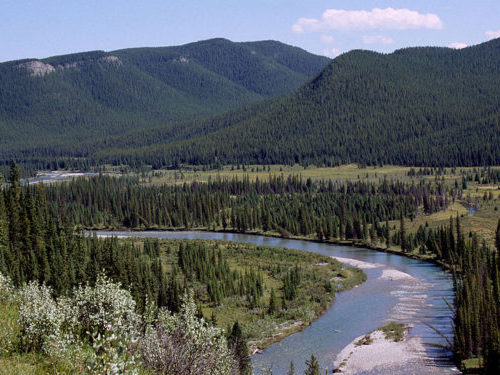 Alberta’s ecosystems may still be largely intact, but parts of them are disappearing faster than the Amazon rainforest, according to a report last week by the Alberta Biodiversity Monitoring Institute.

“We continue to lose ecosystems,” said lead author and University of Alberta geographer Jahan Kariyeva. “That we can definitely see.”

Kariyeva added that biodiversity is often the first casualty of increased development. “We need to understand the human footprint dynamic and the trends, so we can reduce the effect of human activity,” she said.

The proportion of the province disturbed by energy, forestry, agriculture, and human settlements now stands at 30%, up from 25% at the turn of the century, the study found. “That’s an area equal to 3½ times the size of Banff National Park,” CBC reports, most of it due to logging.

“In Alberta’s oilsands, developed land has increased by 75%” the national broadcaster adds, although “the report points out that’s still only 8.4% of the entire forest ecosystem in the area.”

Pembina Institute Regional Director Simon Dyer, who sits on the biodiversity institute’s board, expressed particular concern about the growth rate in the eastern foothills of the Rocky Mountain—a 60% increase in disturbance between 1999 and 2015, nearly twice the rate in the Amazon.
“What you’re seeing is a very significant rate of change in the foothills,” he said. “We have a lot of relatively untouched ecosystems here,” but “we have substantive land use change taking place.”