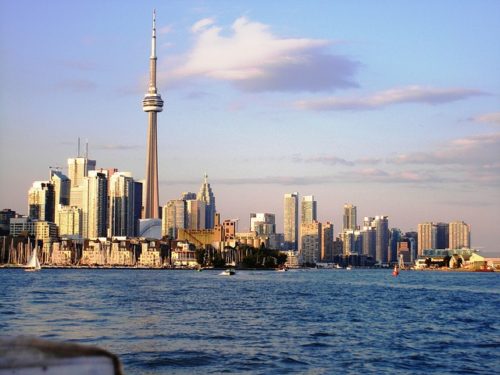 Following an Executive Committee vote earlier this week, Toronto is poised to allocate C$2.5 million to its TransformTO climate action plan—enough to get some short-term carbon reduction actions off the ground, but still just a fraction of the $6.7 million in the recommended budget.

Toronto climate hawks are clapping with half a hand after seeing the budget increase from the $330,000 city council grudgingly allocated for 2017, but still challenging Mayor John Tory’s assertion that TransformTO is now fully funded. With a final vote coming up Monday, the Toronto Environmental Alliance is pushing for additional funds and urging its supporters to “keep the champagne corked” until the full city council has had its say.

The result so far “is good news, considering that when the draft budget was released in November, no funding was allocated to TransformTO,” TEA notes in a blog post this week. “In response, an incredible number of residents and advocates contacted the mayor and city councillors to demand funding for TransformTO—and it worked.”

But that’s still a far cry from a fully-funded program.

When Toronto councillors unanimously adopted TransformTO in July 2017, they could have instructed staff to include the full $6.7 million in their budget plan, TEA recalls. “Instead of sending this clear signal to staff, the mayor and many councillors instead asked staff to report back on which actions were a priority to implement.” That lukewarm commitment “sent a clear signal to staff to cut back what they expected to accomplish in 2018.”

TEA sees that as “part of a worrisome pattern at city council where bold strategies are passed, but only partial funding is allocated through the budget process to implement these plans. The TransformTO plan and the Poverty Reduction Strategy are two examples. The mayor and city council should not continue to make commitments to act without actually following through with the needed funding.”

Just as TEA predicted, Mayor John Tory was out earlier this week with an opinion piece in the Toronto Sun that sidesteps the numbers to claim that TransformTO is fully funded.

“This is a good news budget,” Tory wrote, in a post co-authored with Budget Chief Gary Crawford, a Scarborough-area councillor. Among other budget lines, “we are fully funding the city’s TransformTO plan to help us invest in a strong and resilient city.”

Before the vote, Tory argued that “there is no time to waste here” in fully funding the plan. “I want Toronto to lead, not follow. I want us to demonstrate that we are a city that represents its residents today, while ensuring their well-being and prosperity for years into the future.”

But “while the mayor can say he supports the full amount requested by staff for the 2018 budget, the staff request is still $4.15 million shy of what they really needed,” the Environmental Alliance notes. “Two continuous years of delays will mean Toronto will fall further behind in implementing climate actions that can reap many community benefits, including the creation of thousands of jobs, better housing, and a better quality of life.”

Climate Fast, one of the other local climate groups in the budget fight, is declaring an interim win with the budget increase. “This victory is due to your calls, letters, and the amazing deputations so many of you made at budget hearings in January,” organizer Lyn Adamson writes in an email to supporters. “YOU made this happen. The mayor and councillors heard us loud and clear.”

Adamson calls for thank you notes to Tory, then urges Climate Fast supporters to get ready for the next round. “It’s a very good start—but we need to do more,” she writes. “The request for 2019 as projected by TransformTO staff is $6 million. We need to make sure that this much—or more—is pledged in the upcoming municipal election. Let’s make sure climate action is a priority for every councillor elected this fall.”

Earlier this week, Edmonton Mayor Don Iveson said cities will lead the charge for climate action. Next month, the city expects to welcome about 800 participants to a first-ever Cities and Climate Change Science Conference, co-sponsored by the Intergovernmental Panel on Climate Change.

“Nation-states can squabble about whether they’re committed to this or not,” Iveson said. “We see mayors around the world working together with their communities and with their business leaders from the bottom up to tackle these global challenges.”