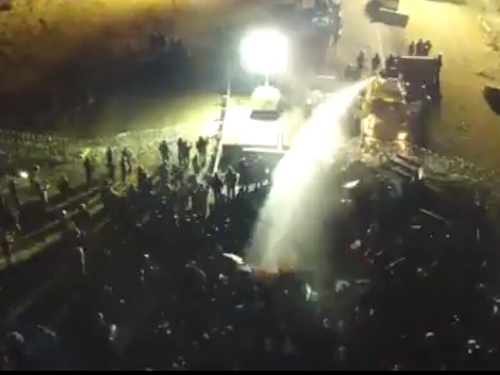 “They’re going as fast as they possibly can in that direction, and it just seems like Canada is going as fast as we can in the opposite direction,” he complained. “You can’t get things done, and we’ve got uncertain regulatory policy, we’re mired up in our own kind of politics, and we’re not seeing the world for what it really is. That’s the problem that we need to fix.”

Bloomer described the two countries as trains “barreling down the track” in opposite directions, National Observer reports.

“Our resource is equivalent, and we’re not attacking it the way they are in the U.S.,” he said. “And it’s becoming fairly clear that without new policies that enable this industry to develop those resources and to be able to access new markets, it’s going to be very, very challenging. And we’re going to lose.”

Bloomer maintained that pipelines are “the industry of the future,” while acknowledging that the development of low-cost shale in the U.S. had “changed forever” the fossil energy trade dynamics between the two countries.

In recent months, the Observer notes, “the White House has taken steps to reduce regulatory hurdles for industry, including a proposal to eliminate some safety regulations for offshore oil and gas drilling. It has also rolled back nearly 40 environmental regulations, many of which imposed pollution and wildlife protection measures on fossil fuel projects.”

Several U.S. jurisdictions are also taking steps to criminalize protests that have slowed down pipeline development in many parts of the country.