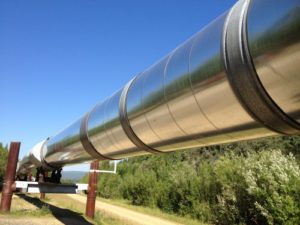 Bill C-69, a sweeping piece of legislation tabled by Environment and Climate Change Minister Catherine McKenna, replaces the disgraced National Energy Board with a new Canadian Energy Regulator and contains amendments to the Navigation Protection Act and other laws. Days ago, Fisheries Minister Dominic LeBlanc released Fisheries Act amendments that were hailed by scientists and greeted somewhat more cautiously by industry.

Both pieces of legislation are set to undo Harper-era deregulation that largely gutted environmental protections and community consultation in 2012 to speed fossil fuel development. McKenna’s announcement received somewhat parallel “yes, and” responses from West Coast Environmental Law (WCEL) in Vancouver, and from fossil lobbyists in Ottawa.

“The government promised to fix Canada’s broken environmental laws, to ‘restore lost protections and incorporate modern safeguards,’” said WCEL Executive Director and Senior Counsel Jessica Clogg. “This new bill contains important measures to help fulfill that commitment. At the same time, there are many unanswered questions, and important gaps that need to be addressed in order to rebuild trust in environmental decisions.”

The legislation “demonstrates that the government took seriously its task of consulting with experts and interested parties as it developed two new pieces of cornerstone energy and environmental legislation,” added Pembina Institute post-doctoral fellow Nichole Dusyk. “All projects—whether pipeline, mine, nuclear facility, or otherwise—will benefit from a stringent, evidence-based, and credible assessment process.” And “we strongly support the commitment to conduct a strategic impact assessment on climate change—an essential process to align Canada’s climate and energy policy objectives. We look forward to unpacking the ways in which carbon pollution will trigger a federal impact assessment.”

The Canadian Energy Pipeline Association (CEPA) and the Canadian Association of Petroleum Producers (CAPP) “welcomed parts of the proposal, while warning several essential details remain unclear and could deter, or at least not attract, new investment to the sector,” Bloomberg reports.

“It’s pretty sweeping, and we’re still concerned that this is not going to create the certainty that we need,” said CEPA CEO Chris Bloomer, citing questions about how climate change emissions will factor into project assessments. “It’s introduced a whole bunch of broad public policy issues into the evaluation process, and we need to understand how this is all going to mesh.”

CAPP President Tim McMillan said he would need to see more of the details behind the legislation “to ensure we are in fact getting more of a streamlined process”.

The Bloomberg coverage focuses on provisions that shorten maximum project review periods from 720 to 600 days, revises the list of projects that would require environmental review, and raises questions about whether in-situ tar sands/oil sands mines would be exempted from the process. Those projects “could be added to the Project List due to potential effects on areas of federal jurisdiction, in particular greenhouse gas emissions, but exempted from federal assessment where a jurisdiction has in place a hard cap on greenhouse gas emissions,” a federal discussion paper states.

“If we are including things on that list that would require a broad and lengthy review process that wasn’t warranted, it could make investment in Canada more difficult and send a very negative message about opportunities here,” McMillan responded.

WCEL’s release expresses optimism for “a number of very positive elements contained in the legislation, such as the consolidation of assessments in one agency, creation of a new energy regulator to replace the industry-captured NEB, mandatory consideration of Indigenous knowledge, and earlier and more meaningful opportunities for the public to participate in review processes.”

It expresses concern about “more restrictive timelines, a failure to require regional and strategic assessments (which remain discretionary under the new Impact Assessment Act), an absence of safeguards to ensure economic interests don’t trump other considerations in a broad ‘public interest’ determination, and only requiring assessments of a limited category of projects.”

“The shift in the new Impact Assessment Act towards a sustainability approach that considers all environmental, social, health, and economic concerns is welcome,” said Staff Lawyer Anna Johnston. “There are some loopholes in the new law that would continue to allow short-term economic interests to trump environmental and community needs, but we are confident that these gaps can be plugged.”

WCEL notes that the bill “falls short of implementing the United Nations Declaration on the Rights of Indigenous Peoples (UNDRIP) and appears to codify a consultation regime in which Aboriginal rights and title are just one factor to be considered, and thus potentially subject to override by a ‘public interest’ determination.”

“With better rules for major projects, our environment will be cleaner and our economy stronger,” McKenna said in the release. “Making decisions based on robust science, evidence, and Indigenous traditional knowledge, respecting Indigenous rights, and ensuring more timely and predictable project reviews will attract investment and development that creates good, middle-class jobs for Canadians.”

“A new wave of resource development is coming, with more than C$500 billion in projects planned over the next 10 years,” added Natural Resources Minister Jim Carr. “We are building a better Canada, where investors, companies and all Canadians can have confidence that good projects will be approved in a timely manner and held to the highest standard.”