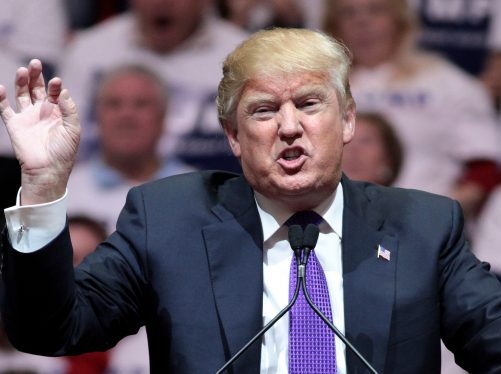 Late last month, the White House levied a hefty tariff on solar panels and cells imported into the United States. Aimed nominally at China, the trade action will do more harm to several supposed American allies—and to America itself, Krugman says.

“The solar panel tariff will surely destroy many more jobs than it will create,” he predicts. “It will put a crimp in one of the U.S. economy’s big success stories, the rapid growth of renewable energy. Overall, there are around five times as many people working for the solar energy sector as there are coal miners.”

So, why did Trump do it?

Aside from the fact that Trump’s default switch seems set to “bully,” it could, Krugman concedes, be all about the money.

But sex is in there, too, Krugman asserts. Trump’s salvo against solar panels may well be an anxious effort to assert red-blooded, alpha-male contempt for “hippy-dippy” renewables.

“Trump and others recall the heyday of fossil fuels as a golden age, forgetting how ghastly air and water pollution used to be. But I suspect that it’s also about a kind of machismo, a sense that real men don’t soak up solar energy; they burn stuff instead.” Hence the tongue-in-cheek title of Krugman’s opinion piece: “The Economics of Dirty, Old Men.”