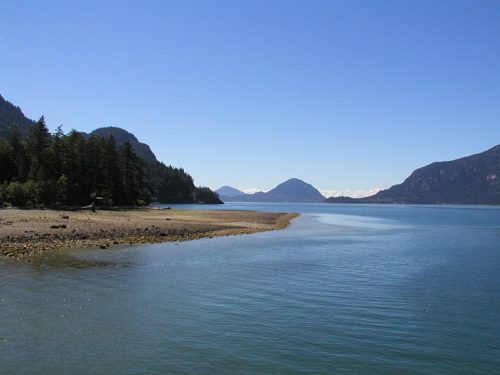 A diesel spill January 31 in waters that are part of the territory of the Squamish Nation indicates that “the cosmos must be messing with Justin Trudeau and Rachel Notley,” commentator and editor Chris Hatch writes in an opinion piece for National Observer.

“The spill happened in Howe Sound, where orca whales were seen in recent days,” Hatch notes. It took place just days after the B.C. government moved to restrict diluted bitumen shipping in coastal waters, and “amidst surging controversy over Kinder Morgan’s Trans Mountain pipeline proposal, which would increase tanker traffic to over a tanker per day travelling through Vancouver harbour.”

The combination of events means that “media reports about threatened trade wars between B.C. and Alberta and commentary on the role of Justin Trudeau’s government will now be accompanied by pictures of containment booms, spill responders, and affected First Nations.”

Michael Lowry, communications manager for West Canada Marine Response Corporation, said this type and scale of spill occurs about 20 times per year. But Squamish Nation councillor and spokesperson Dustin Rivers said every one of them is cause for concern.

“When spills happen, they can devastate our coastline,” he told Hatch. “Oil spills directly impact our economy, culture, and community who have lived off our homelands for thousands of years. The risk of spills is always present in our minds, and our communities feel the consequences.”

Rivers added that herring had just begun to spawn in an area close to the Howe Sound spill. “There has been a massive increase in herring returning to the sound after a century of devastation,” he said. “This has brought back killer whales and other whales. Our nation is deeply upset. This affects our rights, our economy, and our community.”