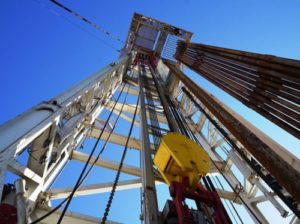 Natural gas’s oft-touted “bridge” away from dirtier fossil fuels leads nowhere—and is fast losing its technical and economic foundations to boot, the Guardian reports. The fuel’s adoption may even delay, rather than hastening, the transition to low-carbon prosperity.

In the United States, the paper observes, electricity generation from coal has plummeted 44% in the last decade. “Of the 866 terawatt-hours of lost coal power production, 46% was picked up by natural gas, 43% by increased efficiency, and 23% by renewables.”

The capacity that has shifted from coal to gas, research indicates, hasn’t done much for the climate. A paper published in the journal Research Letters in 2014 concluded “that increased natural gas use for electricity will not substantially reduce U.S. GHG emissions, and by delaying deployment of renewable energy technologies, may actually exacerbate the climate change problem in the long term.”

As the volumes of methane that escape during the production and distribution of natural gas become clearer, other research “suggests natural gas isn’t significantly better than coal in terms of global warming effects.” (Some reports have suggested it may actually be worse.)

While the climate case for natural gas has been carried away on a cloud of methane, the economic argument for building gas-fired electrical generation has been eroded by the falling cost of clean energy.

“Some natural gas plants are still essential for ensuring local grid reliability,” the Guardian concedes, “but in many cases, clean energy resources like a combination of solar and storage can meet reliability needs. Renewables also don’t face the uncertainty associated with fluctuating natural gas prices.”

The Guardian cites northern California, where the California Public Utilities Commission (CPUC) recently opted to call for a mix of tenders for renewable generation, efficiency gains, and conservation, rather than paying the cost of maintaining a gas plant on standby to meet peak electricity demand.

The dawning recognition that natural gas can’t meet either of its key promises is fuelling movements in several U.S. states “for utilities to scrap plans for new natural gas plants, and instead consider cleaner and potentially cheaper renewable alternatives,” the Guardian writes.