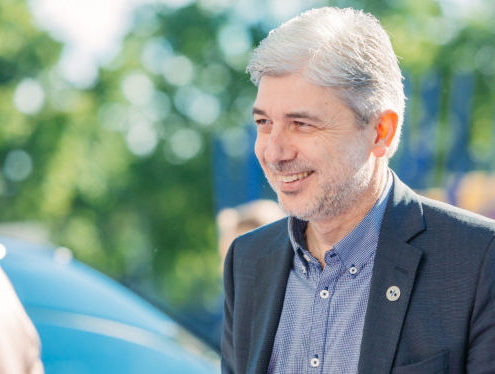 A Bulgarian politician who once declared climate change a “fraud…used to scare the people” has been appointed to chair the European Union Environment Council for the next six months.

“Climate change is a scientific debate; there is no consensus, and every part has arguments,” Neno Dimov told a TV interviewer after he became his country’s environment minister last year.

“The presidency of the EU council rotates every six months, with each of the 28 member countries taking a turn,” The Independent explains. “While he will not propose legislation—a task left to the European Commission and specifically its environment commissioner, Karmenu Vella—Mr. Dimov will have a role in setting the European environmental agenda over the coming months.”

Some Members of European Parliament were deeply displeased by Dimov’s appointment.

“Your doubts on climate change are a bit shocking,” said MEP Soledad Cabezón Ruiz of Spain’s Socialist Workers’ Party, during a recent hearing on the appointment. “You do not seem to trust enough the EU and the scientific proofs that show evidence of climate change every day.”

“I am honestly shocked by the debate I am currently seeing,” agreed MEP Tiemo Wölken of Germany’s Social Democratic Party.

Dimov has also “faced criticism in his native country for a government decision to build tourism facilities in the Pirin National Park, a UNESCO world heritage site,” The Independent notes.