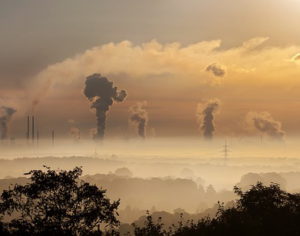 Over-the-horizon carbon prices can do a lot of good, but only if the promises are believable, the Potsdam Institute for Climate Impact Research concludes in a new report.

A popular fear among some economists, the Potsdam researchers observe, is that “the anticipation of strong CO2 reduction policies might drive up [greenhouse gas] emissions” over the shorter term, in what they call a “green paradox.” This would happen as fossil fuel owners accelerated their extraction to maximize profit before regulations kick in.

An alternative theory has it that investors, seeing the impending end of high-carbon energy, will divest from producer companies rather than leaving their assets stranded, effectively forcing them to exit the market and close down production.

Which effect is stronger? The short answer: divestiture can be a stronger economic force than profiteering, but the effect depends on the credibility of political commitments to future carbon pricing. The impact is much more pronounced for coal than for other fossils. And it can be felt as much as a decade ahead.

“We find that 10 years before carbon pricing policies are actually introduced, investors start pulling their money out of the coal power sector,” says lead author Nico Bauer. “They shy away from investing in fossil-fueled power plants as they realize that the lifetime during which these plants will make money will be curtailed by future climate policy. We find this divestment reduces emissions by between five to 20%, depending on the strength of the climate policy in the time before the climate policy gets implemented.”

Oil production is more likely to demonstrate the green paradox, the investigators found. But any resulting increase in carbon emissions will be smaller than the reduction from the closure of divested coal plants.

The investigators found little reason to worry about fugitive emissions and polluter flight, as “emissions-intensive production facilities move from places of high regulation to those with low standards”. While it isn’t imaginary, they say, “this effect is limited.”

But the positive outcomes depend heavily on good governance, the Potsdam group concludes. Anticipated regulations lower emissions even before coming into force only under several conditions: “that policy-makers can commit to introducing strong climate policies several years into the future, that the carbon pricing is uniform across regions, that investors believe the policy-makers will do what they say they will do, and that investors are shrewd in adapting their investment strategies accordingly.”

Such shrewd allocation of private investment, the Potsdam group concludes, could “reduce emissions, helping us on the first step towards achieving deep emissions reductions—as long as the policy signals are strong, clear, and credible.”

Canada is introducing a national floor price on carbon of $10 per tonne this year, rising to $50 per tonne by 2022.