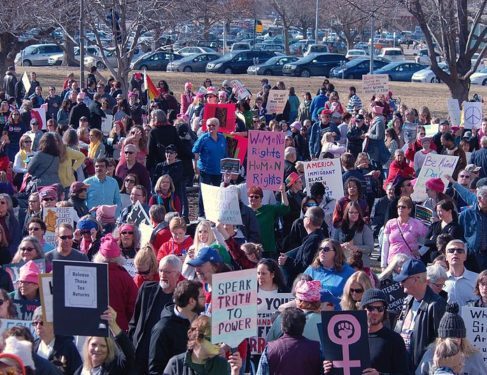 The need to get rampant global population growth under control is one of the factors that place women’s rights at the centre of the fight against climate change, former White House counsellor John Podesta and former Member of Congress Tim Wirth argue in a recent Washington Post opinion piece.

“Forging a coalition between the environmental movement and the women’s rights movement will not only fundamentally advance women’s rights but also do a world of good for the planet, which is bearing an environmental burden because of population growth,” they write. “If environmental activists really want to reduce emissions, raise living standards, and build a more sustainable future, they cannot overlook the importance of reproductive rights and health.”

It took 200,000 years for the human population on Earth to reach two billion people, another 75 years to hit 7.6 billion, and the worst-case scenarios put the total world population in 2100 at 13 billion, Podesta and Wirth note. But that outcome is not yet certain.

“If we continue to invest in sensible international family planning programs and accept the challenge of meeting the needs of women and families, we could potentially stabilize the population at below 10 billion,” they note. Moreover, “giving women across the globe access to reproductive rights and health is a moral imperative,” at a time when an estimated 200 million women “want to prevent or delay pregnancy but aren’t using effective contraception.”

Studies have also connected the dots between slower population growth and reductions in the greenhouse gas emissions that cause climate change. “Family planning ranks as one of the 10 most substantive solutions to climate change, according to a recent analysis of peer-reviewed research,” Podesta and Wirth note. “Other studies have estimated that meeting the demand for family planning worldwide could potentially reduce carbon emissions in 2050 by 16 to 29%—the equivalent of ending worldwide deforestation today.”

Education and an end to child marriage, in turn, are both essential to effective family planning, they add. “New data from the United Nations found that if girls in the developing world all received secondary education, we would see a 42% decline in the fertility rate.”

While “American environmentalists and women’s rights advocates have every reason to feel under siege by the Trump administration,” the two political veterans conclude, “this is all the more reason to find common cause in fighting for healthy women and a healthy planet. Progress is made possible when groups that have long focused on single issues join forces to build fairer, more sustainable economies and societies.”

Loss and Damage Financing Must Push Beyond Market-Based Measures