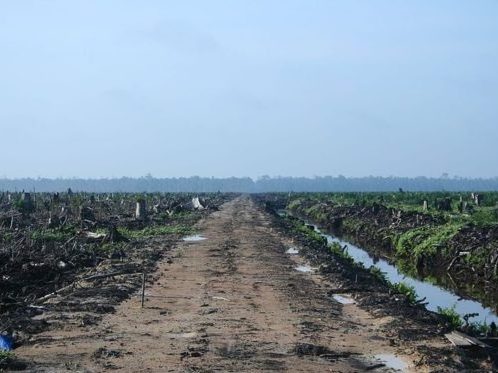 With biofuel production from palm oil producing even more damage than fossil fuels, today’s biofuel targets amount to “destroying the world to save it”, Rainforest Foundation Norway (RFN) contends in a release issued last week.

Based on current policy, biofuel-driven demand for palm oil could increase more than six-fold by 2030, to as much as 67 million tonnes—more than the total global production today. The solution, the Foundation concludes from a report by biofuels specialist Dr. Chris Malins of Cerulogy, is to institute “strong measures against using palm oil feedstock” for bio-based fuels.

“It’s well understood that the palm oil industry in Southeast Asia is endemically linked to deforestation and peat drainage, but biofuel mandates adopted in the name of climate change mitigation continue to drive palm oil demand higher and higher,” Malins said. “It’s time to close the book on a chapter of renewables policy that has singularly failed to deliver on its stated objective of GHG emissions reduction.”

“Biofuel policies around the world are driving deforestation and increased greenhouse gas emissions, and are a social and environmental disaster,” added the RFN’s policy and campaign head, Nils Hermann Ranum. “Policy-makers in the EU and the rest of the world must put in place measures to phase out palm oil-based biofuels immediately.”

The impact of future biofuels demand on Southeast Asia’s remaining rainforests “can hardly be overstated,” the Foundation adds in the release. “Given that the yield in palm oil plantations has slowly stagnated over recent years, the additional demand would likely have to be covered almost entirely be area expansion.” In the highest of the production scenarios in Malins’ report, that would mean deforesting another 4.5 million hectares, an area the size of The Netherlands.

“Beyond the obvious disaster this would spell for biodiversity and Indigenous and other forest- dependent communities, the planet’s climate would [face] seven billion tonnes of CO2 emissions over the next two decades, resulting from deforestation and peat drainage,” the RFN states. “This is more than the total annual greenhouse gas emissions of the USA.”

The United Nations Sustainable Development goals call on countries to end all deforestation by 2020.