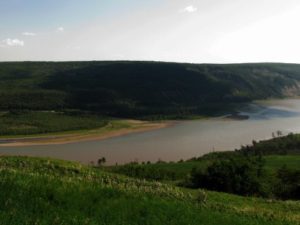 British Columbia would do well to follow the example of Brazil, which recently announced it would reconsider further development of large hydroelectric projects in the Amazon, and rescind its recent approval of the troubled Site C hydro project, argue environmental campaigner David Suzuki and University of Alberta ecologist David Schindler on the Suzuki Foundation website.

Like Brazil, which gets 70% of its power from falling water, Canada has invested heavily in hydro, often against determined opposition from Indigenous peoples and non-Indigenous communities. But pushback against projects like Site C is escalating in Canada as it is in Brazil, Suzuki and Schindler note, with citizens questioning the technology’s green credentials.

Beyond the huge quantities of concrete and steel required to produce a big hydro dam, and the significant emissions along those supply chains, the two veteran scientists point to methane released from the organic matter decomposing in hydro reservoirs. They also note that “receding glaciers and changes in precipitation patterns from global warming put hydro dams at risk because of lower water levels,” a problem that became acute for Brazil during a 2015 drought.

And then there is the broader environmental and social destruction associated with hydropower, including “habitat destruction, changes to waterways and water tables, and displacement of Indigenous peoples,” they add. “Where large areas of land are flooded, mercury in fish increases several-fold, making this traditional source of protein risky to eat.”

Suzuki and Schindler point to the falling cost of solar and wind power and dramatic improvements in utility-scale batteries as indications that cleaner renewables can offset the need for new large hydro projects—without even factoring in the significant geothermal potential in provinces like B.C.

“Despite Natural Resources Canada’s identification of enormous geothermal resources in Canada, this power source has scarcely been considered, except for shallow heat pumps for individual dwellings and buildings,” they write. “Many oil and gas wells in Western Canada reach hot water, which might be used either directly or to map underground isotherms that allow efficient drilling for geothermal power.” That exploration would be excellent news for laid-off fossil workers, as “expertise for drilling geothermal wells already exists in the oilpatch, facilitating the transfer of jobs from old fossil fuel technology to less carbon-intensive industries.”