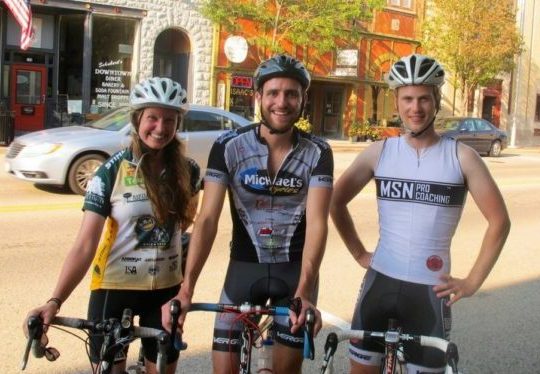 Making energy efficiency fun makes all the difference, especially when the fun comes from the friendly competition of a workplace video game, according to Wisconsin-based non-profit Cool Choices.

The organization, originally set up to encourage state residents to adopt energy-efficient practices, traces back 10 years, to a task force set by then-governor Jim Doyle, but dismantled under current Republican Gov. Scott Walker. Today, Cool Choices “is still going strong,” thanks to the decision “to use corporate partnerships and an interactive game to motivate people and companies to shift daily habits and make investments in ways that have avoided 20 tonnes of carbon dioxide emissions and saved 15 GWh of electricity, while saving participants $4.7 million,” said Executive Director Kathy Kuntz.

When a Cool Choices staffer first broached the subject of putting some fun into energy efficiency, Kuntz was far from keen, Midwest Energy News reports. But she was soon “won over to the idea of a group game where people could compete with colleagues or other companies in practicing long-term sustainable behaviour.” What started out as a card game is now on the web, with an “elaborate online dashboard where players draw digital cards, log their progress, virtually ‘nudge’ team members, and blog or post photos about their experiences.”

The card game first made its debut at green building firm Miron Construction in 2011, and has since “been played nationally, including by more than 1,000 employees of Wisconsin-based Menasha Corporation, in 14 states,” MWEN notes. Employees of Kohler and MSI General Corporation, a Delafield, WI-based architecture and construction company, have also enjoyed the competitive thrill of making planet-positive decisions.

Cool Choices may have scored at least a short-term political win, as well, when it “hosted a county-wide game free of charge in Waukesha, a well-off area west of Milwaukee that in 2012 had more Republican votes per capita than any other county nationwide,” writes MWEN reporter Kari Lydersen. “In Waukesha, the game sparked $64,527 in new savings—an average savings of $126.77 for each active player—and avoided 2,113 vehicle gasoline fill-ups, assuming a 15-gallon tank.”

Beyond those savings, the plain old fun of besting your neighbour or office mate may be the right impetus for behaviour change in both private lives and the public sector. “Along with individuals changing their behaviour, the company improved its sustainability practices and asked subcontractors to prioritize energy efficiency in their work,” Lydersen writes, citing MSI Senior Director and game participant Ken Neitzke. “The green focus and the camaraderie created by Cool Choices could help employers increase morale and retention,” agreed Laura Catherman, president of the Waukesha-Ozaukee-Washington Workforce Development Board.

“You will see more people sitting in dark offices who are working without their lights on,” she noted. “Staff who I didn’t expect to be as engaged were posting photos of themselves on weekends doing something sustainable.”