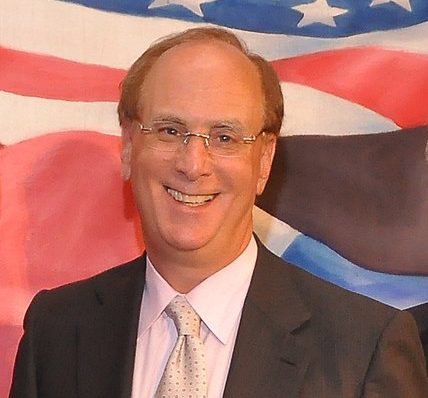 The World Economic Forum in Davos is abuzz about last week’s letter from Laurence Fink, founder and CEO of US$6.3-trillion asset manager BlackRock, whose call for executives to understand the social impacts of their business has left at least one participant at the elite global gathering “pissed off”.

The big, existential question on everyone’s minds, according to Business Insider: “What counts as a sense of purpose?”

“Everyone is talking about ‘Larry’s letter,’” the publication notes. “The letter seems to have reverberated around boardrooms around the world. At the World Economic Forum in the Swiss Alps, it has become a talking point for many of the corporate executives attending. And while the response has been broadly positive, there are certain aspects of Fink’s letter that some executives have taken issue with.”

What makes the letter a bit tough to ignore is that BlackRock is the world’s biggest money manager.

“Without a sense of purpose, no company, either public or private, can achieve its full potential,” Fink wrote. “It will ultimately lose the licence to operate from key stakeholders. It will succumb to short-term pressures to distribute earnings, and, in the process, sacrifice investments in employee development, innovation, and capital expenditures that are necessary for long-term growth. It will remain exposed to activist campaigns that articulate a clearer goal, even if that goal serves only the shortest and narrowest of objectives.”

Business Insider says most Davos participants agree with Fink’s argument that a company needs a strategy for long-term growth, even if they aren’t all practicing what he preaches. “The idea here is pretty straightforward, but ask around and you’ll hear that the number of companies that lack this statement of a long-term vision is surprisingly high,” Business Insider states.

His sense that CEOs “must also understand the societal impact of your business” has drawn a more mixed response.

“To prosper over time, every company must not only deliver financial performance, but also show how it makes a positive contribution to society,” Fink wrote. “Companies must benefit all of their stakeholders, including shareholders, employees, customers, and the communities in which they operate.”

On that point, BI reporter Matt Turner divides Davos participants into three groups: those who agree and see the letter as a “bold statement on the need for a better version of capitalism”, a “yes, but…” group that sees no friction between a positive contribution to society and financial performance, and a third cluster of CEOs who question whether it’s BlackRock’s place to lecture companies on social responsibility.

But it looks like BlackRock isn’t letting the issue going away. The investment behemoth “has committed to ramping up its investor stewardship initiative, with the team doubling in size over the next three years under the new leadership of Barbara Novick, a vice-chair who helped found BlackRock,” Business Insider notes. “That means ‘Larry’s letter’ is going to live on as a topic of conversations in boardrooms around the world for months to come, whether CEOs like it or not.”