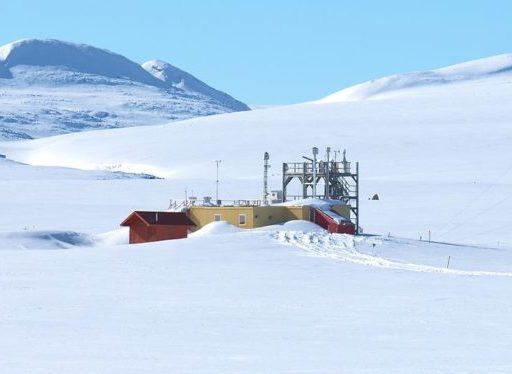 Canada must put its money behind its climate rhetoric and replace or revive the “only dedicated program funding climate and atmospheric research in Canada,” more than 250 international scientists from 22 countries told Prime Minister Justin Trudeau in an open letter this week.

The Climate Change and Atmospheric Research (CCAR) program is due to expire at the end of this fiscal year. On Monday, the Ottawa-based non-profit, pro-science advocacy group Evidence for Democracy released the scientists letter, urging the Trudeau government not to let its support disappear.

CCAR-funded research has often concentrated on the Arctic, an area of strategic Canadian interest where the climate is changing faster than anywhere else on earth. Among other investigations, the Globe and Mail reports, the program helped gather the data required “to model the effects of changing sea ice and snow cover, the movement of carbon dioxide between the atmosphere and the ocean, and the impact of airborne aerosols on cloud formation.”

As the fiscal year began, CCAR was funding seven research projects. Most are “now ramping down and laying off staff,” the Globe says. One, Canada’s widely-lauded Polar Environment Atmospheric Research Laboratory, or PEARL, in Eureka, Nunavut, received a one-year reprieve in November. After an earlier outcry from scientists, the government found $1.6-million to keep it operating until late 2019.

Ottawa’s decision to abandon the climate research program entirely without replacing it “has perplexed scientists and research advocates, who point to the government’s pro-active stance in other areas of climate policy,” the Globe observes.

“They’re hitting all of the boxes except the one that underpins it all, which is the scientific research,” said Evidence for Democracy spokesperson Dan Weaver, a Toronto PhD student in atmospheric science. “It’s a very frustrating blind spot.”

Federal Science Minister Kirsty Duncan responded to the letter with the argument that the Liberals’ “whole-of-government approach to the Arctic” will make up for terminating research support specifically targeted to climate.