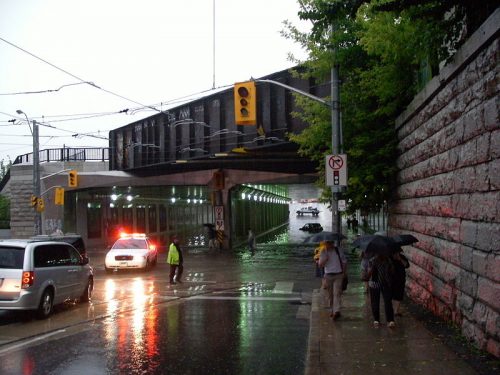 The idea that weather is always changing can’t explain what’s been happening in Canada over the last quarter-century, says a group with a big financial stake in what’s going on.

Insurers estimate they will pay out at least US$135 billion in claims for property damages from climate-related events in 2017, including Hurricanes Harvey and Maria in the United States and fires in British Columbia and California.

In an effort to contain similar payouts, North America’s actuaries—the profession that assesses the risk of everything from hail to a broken leg to set insurance rates that keep insurance providers solvent—have compared recent records of weather variables like temperature, precipitation, and wind speed against the 30-year average between 1960 and 1990.

For each element it tracks, the Actuaries Climate Index identifies days in which the actual weather fell in the top or bottom 10% of deviations from the average. “The method,” CBC News writes, “reveals a slow, gradual increase in extreme weather.”

“We see trends that can’t be explained by normal variability,” said Caterina Lindman of the Canadian Institute of Actuaries.

In the three decades between 1961 and 1990, Canada’s weather was extreme enough to fall outside the normal range (between the first and ninth deciles) only five times. In the 10 years since 2007, it’s happened a dozen times.

The number of extremely hot days has exceeded last century’s normal in “every quarter since the winter of 2015,” the actuaries add. “The number of cold days hasn’t exceeded [the late 20th century] normal for nine years.”

The number of days when Ontario and Quebec got particularly heavy rain or snow hasn’t been as low as the last century’s “normal” for the last decade.