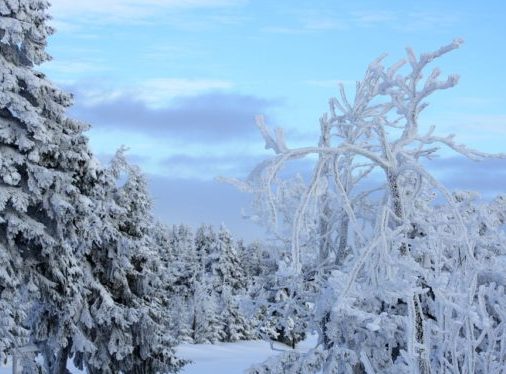 It’s baaack! Right on cue, with the Christmas cold snap in the northeastern United States, social media and faux news outlets began recirculating the pseudo-scientific theory that changes in solar radiation are about to plunge the world into a mini-ice age—greenhouse gases notwithstanding.

“Roughly every two years,” The Guardian writes, “we’re treated to headlines repeating the myth that Earth is headed for an imminent ‘mini-ice age.’ This time around, the myth appears to have been sparked by a Sky News interview with Northumbria University mathematics professor Valentina Zharkova. The story was quickly echoed by the Daily Mail, International Business Times, Sputnik News, Metro, Tru News, and others.”

Dissecting the actual record on the so-called “Maunder Minimum”—a periodic downturn in sunspot activity—and periodic global and regional cold eras, The Guardian finds that “the scientific research is clear. Were one to occur, a grand solar minimum would temporarily reduce global temperatures by less than 0.3°C, while humans are already causing 0.2°C warming per decade.”

At that rate, a dip in solar activity would offset at best about “15 years’ worth of human-caused global warming”. Once its energy returned, of course, “the sun would then help accelerate global warming once again”.