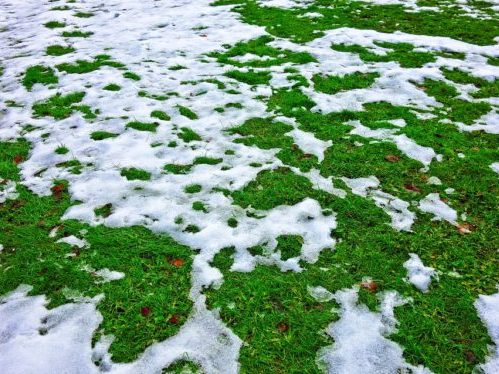 A combination of unusually warm weather and an “early snow drought” is raising concern about limited water supplies and economic damage across much of the western United States, as the snowpack across parts of the Central and Southern Rockies hits record lows.

“Runoff from melting snow is now projected to be less than 50% of average in key river basins in the central and southern Rockies,” InsideClimate News reports. That’s going to be a problem, because “most of the region’s annual water cycle starts as thick layers of mountain snow that accumulate during winter and melt slowly in spring. If the snows don’t come, there’s no water to fill the reservoirs.”

InsideClimate points to a series of recent studies on the snowpack’s vulnerability to regional warming, noting that the economic costs of the resulting decline “could soar into the hundreds of billions of dollars”.

Yet snow seasons like the one the western U.S. is experiencing this year will become more common in the decades ahead. “If winter snows don’t come, there won’t be much water to fill the reservoirs, potentially leaving cities like Las Vegas, Phoenix, and Los Angeles dry in the future,” ICN notes. As that trend takes hold, “water managers will have to make extensive—and expensive—adjustments to water storage and distribution.”

Ski resorts across the U.S. Rockies are also beginning to see the impact on a US$12-billion industry. “New Mexico’s Taos Valley ski resort was able to open fewer than 20 of its 112 runs during the past weekend,” ICN correspondent Bob Berwyn wrote last week, and “athletes training for the winter Olympics have had to fly to Canada and Europe to find good snow conditions.”

“Ski areas operate in a very sensitive climate band,” said University of Colorado hydrologist Keith Musselman. “I think even just 1.5°C [average global warming] would still put a big hurt on the base of most ski areas. The upper elevations are a little more resilient to climate change, but lower elevations are going to get hammered.”

“In some of my climate science talks, I ask whether I should teach my kids to ski,” added Oregon State University climate scientist Philip Mote. “We’ll continue to have winter sports for several more decades, so it’s probably safe to teach your kids. But if we don’t get a handle on greenhouse gases, it’s probably not going to be there for your grandkids.”