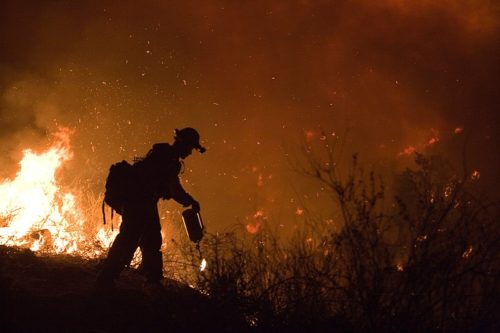 Utilities in California have lost nearly US$20 billion in market value since the beginning of an unexpected wave of December wildfires, as investigators focus on power lines and damaged electrical equipment as likely causes for several blazes.

All told, the fires “killed more than 40 people, burned 1.2 million acres, destroyed thousands of buildings, forced hundreds of thousands to evacuate their homes, and led to deadly mudslides,” recalls Associate Professor Lucas Davis of UC Berkeley’s Haas School of Business. And while the investigations continue, investors are already reacting.

Davis says the situation raises important questions about who should pay for wildfire damage, how utility incentives should encourage them to reduce wildfire risk, and how much risk should be borne by shareholders or utility customers.

“You want shareholders to be liable, to have significant ‘skin in the game’ so that their companies will take the right actions to reduce wildfire risk,” he writes. “But at the same time, you also don’t want to make utilities responsible for all wildfire damages, regardless of whether the companies acted negligently. This would raise the cost of capital for utilities, making it hard for them to finance basic operations. Put simply, if you make it unattractive enough to be in the utility business, nobody will want to do it.”

What makes the discussion more difficult, Davis concludes, is that it isn’t just about power lines. “With climate change, average temperatures keep climbing, and the summer of 2017 was much warmer and drier than usual,” he notes. “And California’s population keeps growing, with more and more people living in fire-prone parts of the state.”