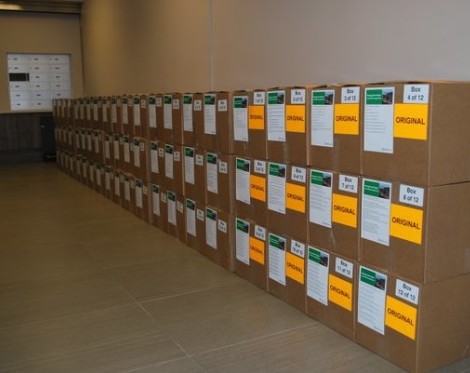 Permitting issues between pipeline builders and municipal or provincial governments will take only three to five weeks to be resolved under a new process unveiled late yesterday by the National Energy Board.

“This generic process will provide a measure of certainty regarding the regulatory tools available to resolve permitting disputes or disagreements in limited circumstances where Trans Mountain and provincial and municipal authorities are unable to do so,” the Boardstated.

“Kinder Morgan Canada Ltd. had asked for a way to resolve future disputes after encountering what it called significant delays securing permits from Burnaby, B.C., that led to it launching a legal challenge,” The Canadian Press reports. “The company saidWednesday that it estimated that the Trans Mountain expansion project was a year behind schedule after encountering regulatory and permitting delays.”

In the run-up to the NEB decision, “B.C. municipalities had made submissions against the proposal, with Chilliwack expressing concern that the company may use it as a pressure mechanism or as leverage against the city,” the news agency notes. “The NEB said it expects the process to be rarely used, and it would only step in for limited reasons such as when there’s lack of clarity as to whether Trans Mountain has achieved condition compliance.”

Kinder Morgan President Ian Anderson said he was pleased with the NEB announcement. “Provision of a process that is open, fair, and provides certainty for all parties is good news and is an important component of the assurances we need for the successful execution of the Trans Mountain Expansion Project,” he said in a statement.

That was a distinct change in tone from earlier in the week, when the company “repeated that if the project continues to face [what it considers] unreasonable regulatory risk, that it may not be able to proceed with the project,” CP reported at the time.

Kinder had continued to blame the NEB regulatory process and opposition from the City of Burnaby for slowing the controversial project down. “The company told the NEB it has been frustrated at the lack of firm timelines, guidance, and structure in the local process as it tries to secure permits for actions like tree removal and fence installation ahead of construction of oil storage and loading facilities in Burnaby,” CBC reported late last year. “Burnaby had countered that it was following the standard bylaws process and blamed the company for shoddy applications.”

The NEB overruled two local bylaws with its early December decision permitting Kinder to begin construction, but denied the company’s request to begin tunneling through Burnaby Mountain in a decision earlier this month. The local hearing was conducted by the same NEB members who originally recommended the project for federal approval.

Despite its troubles with Trans Mountain, Kinder reported C$46.4 million in profit for the last three months of 2017, more than double its $17.8-million total for the same period last year. Revenue for the quarter increased 5%, from $174.2 to $183.6 million, the Financial Post reports.