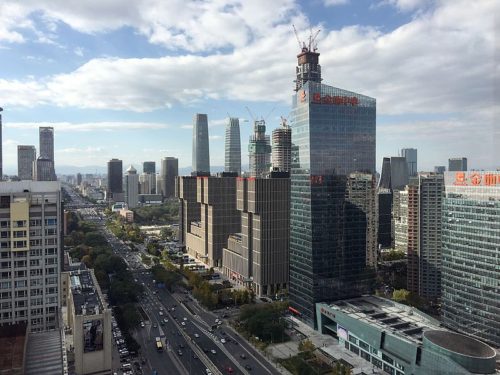 While the air over Beijing is much cleaner now than it was this time last year, China’s recent efforts to tackle smog have taken their toll on the country’s working poor, especially those in the industrial zones that ring the city.

As recently as last year, “China’s capital city was in the grip of suffocating and potentially fatal smog that made life a misery and breathing downright dangerous,” the Washington Post reports. Things were bad enough back in 2013 when “in response to significant public anger, Chinese Premier Li Keqiang, launched a ‘war on air pollution.’” That effort escalated aggressively in the wake of last winter’s appalling air quality when Li pledged at the annual March meeting of the National People’s Congress to “resolutely fight a good battle to defend blue skies.”

Making good on Li’s promise, the last nine months of 2017 saw 5,600 environmental inspectors dispatched into the industrial province of Hebei, which rings the capital. “Tens of thousands of polluting factories were forced to clean up their operations or were simply closed, while millions of households were hurriedly shifted off coal-fired heating and onto natural gas.”

The precipitous changes worked—at least to clean up the air. “Levels of toxic PM2.5 [particulate matter] in Beijing, Tianjin, and 26 surrounding cities declined 33.1% year on year in the fourth quarter of 2017,” Greenpeace East Asia reports.

But cleaner air has come at a steep price for Beijing’s industrial workers. “The closed factories had supported thousands of jobs,” the Post notes. “Millions living in the region surrounding Beijing lost their coal-fired heating without receiving gas heat to replace it, and have suffered through freezing weather.”

Even a year ago, few could have imagined such conditions being imposed, in the name of a cleaner environment, on a district so important to China’s economic engine.

While Hebei has been ground zero for the worst industrial pollution in the world, it’s also an industrial powerhouse, producing “more steel than all of Western Europe” as well as enormous quantities of chemicals and cement. For years, a north wind meant a belching cloud of toxic smoke over Beijing, but China’s leaders were reluctant to act: “Factories that pollute but also generate tax revenue and jobs were seen as untouchable, and inspectors from the Ministry of Environmental Protection appeared impotent,” the Post states.

Now, Beijing’s actions in Hebei constitute a “powerful show of political will that has upended a long-standing assumption—that the Communist Party would always put the economy ahead of the environment,” writes Post correspondent Simon Denyer. And hope is growing that China’s commitment to fixing its pollution problem won’t shift when the wind does.

“We need to recognize that a very important battle has been won,” said Ma Jun, founder of the Institute of Public and Environmental Affairs in Beijing. “This could be a very important step towards finally winning the war.”

But others are sounding a note of caution. “The pendulum has swung between the economy and the environment in the recent past,” the Post states. “In 2014, coal consumption began to fall, to many people’s surprise, but two years later, the government launched a stimulus package that poured money into construction and heavy industry, pushing more pollutants back into the air.”

And while winning the war on Beijing’s pollution will please its growing middle class, clearer skies will mean an immediate need for a job transition for the workers in China’s industrial heartland. But for now, at least the schools in Beijing can let their students play outside.