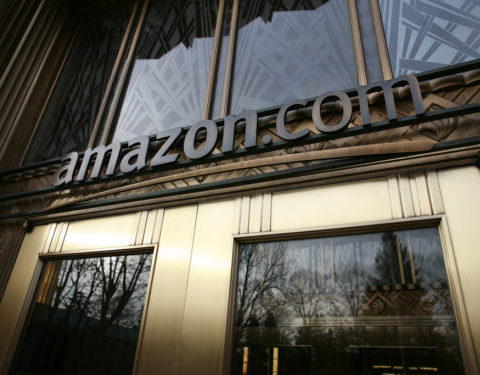 While retail-wholesale giant Amazon says it’s developing its second headquarters (known as HQ2) “with a dedication to sustainability,” its assessment criteria for host cities make no mention of climate change, The Huffington Post reports.

And that gap was reinforced by an October, 2017 ranking released by Moody’s Analytics. It gave first place to Austin, Texas, “a city racked in recent years by drought and flooding,” and second place to Atlanta, which is “prone to heat waves,” HuffPost notes. Third place went to Philadelphia, “a coastal city at risk of sea level rise”.

“We didn’t take into consideration climate change risk or rising sea waters or anything like that,” acknowledged Senior Economist Adam Ozimek, a co-author of the Moody’s analysis.

Aseem Prakash, director of the University of Washington’s Center for Environmental Politics, responded to the Moody’s analysis late last year with his own ranking of the HQ2 bidding file based on climate vulnerability. Measured against “25 years of Federal Emergency Management Agency data on severe storms, flooding, hurricanes, tornadoes, snow, coastal floods, and weather-related fires,” the three cities that led the Moody’s hit parade didn’t even make it into the top 10.

In belatedly figuring climate change into its business model, Amazon would join a small but growing—and powerful—contingent of organizations that are connecting the dots between climate and their bottom lines. “While it’s only been in the past two to three years that insurance companies―whose business is based on predicting and planning for potential risks―began seriously reconsidering how [they plan] for a warmer future,” HuffPost states, they are beginning to do so. Governments are following suit, as are companies like Apple and Google, which “regularly release detailed reports on their energy use and overall output of carbon pollution.”

Amazon currently refuses to release such information, and has generally been slower than many other tech leaders to address climate impacts or solutions. HuffPost and others are suggesting a rethink.

“The lion’s share of its profit comes from its Amazon Web Services arm, which controls about 42% of the global cloud computer infrastructure that powers the Internet,” notes correspondent Alexander C. Kaufman. Hugely profitable, the data centres that compose AWS are also huge consumers of electricity, gobblers of energy, and correspondingly gargantuan emitters. Taken together, “the world’s data centres already constitute about 3% of global greenhouse gas emissions, and the sector’s energy consumption is set to triple in the next decade.”

Given its colossal energy demands, Amazon could do a lot of good, Greenpeace corporate campaigner Gary Cook said, by upping its game on climate change. “For them to signal that this is important to them would really drive a much broader conversation among cities who are saying, ‘Hey, we want Amazon and companies like them. We need to help them achieve their goals and deliver infrastructure, electricity, and transportation options to advance their goals,’” he said.

But so far, Kaufman concludes, there’s nothing “sustainable” in Amazon’s failure to envision how drought, extreme heat, and ocean surge might affect the “50,000 employees it promises to hire in its new $5-billion ‘second home.’”