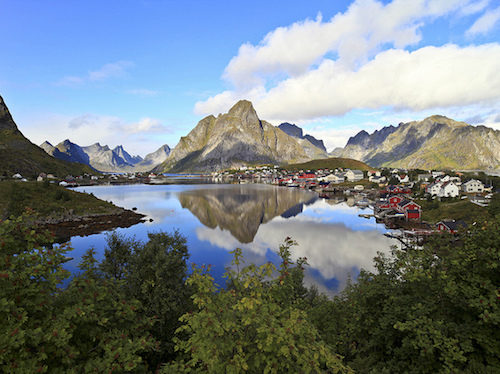 The new coalition government platform also protects territory near Jan Mayen, a volcanic island in the Arctic Ocean, and near the ice edge in the Barents Sea, the Barents Observer reports.

The Lofoten region is a breeding ground for 70% of the fish caught in the country’s northern region, according to WWF. Norway’s Ministry of Oil and Energy believes Lofoten holds 1.3 billion barrels of oil or equivalent, a resource the fossil industry values at US$65 billion.

“This is a big win for both people and planet,” said Silje Lundberg, head of Naturvernforbundet/Friends of the Earth Norway. “For years, the majority of the Norwegian people have been against oil drilling in these pristine areas, a majority that hasn’t been reflected in Parliament. Since 2001 we’ve fought off big oil six times—and we’ve won every single time.”

With public resistance on the rise, “I don’t think we’ll ever see an oil rig in operation outside the Lofoten Islands ever again,” Lundberg added.

“Politically, Norway’s government goes from being blue-blue to become blue-green,” the Observer states, as governing coalition negotiations continue. Solberg’s Conservatives have led Norway since 2013 with support from the right-wing populist Progress Party. But with its combined seat count reduced in parliamentary elections last September 11, the coalition—which still holds a minority of the 169 seats in the country’s Storting—reached out to the centrist Liberals. for an additional nine seats.

The three parties’ evolving political platform also extends tax exemptions for electric vehicles for as long as the government remains in office, in a country where half of all cars sold last year were hybrid or fully electric, and aims to decarbonize public transit by 2025.

“The platform paves the way for how we can manage to create a sustainable welfare society and a safer Norway,” Solberg told media Sunday.

The Lofoten Islands recently lent their name to a major international declaration, led by Oil Change International, in which more than 220 organizations from 55 countries affirm the “urgent responsibility and moral obligation of wealthy fossil fuel producers to lead in putting an end to fossil fuel development and to manage the decline of existing production.”

The declaration states that “a global transition to a low-carbon future is already well under way.” That means “continued expansion of oil, coal, and gas is only serving to hinder the inevitable transition, while at the same time exacerbating conflicts, fueling corruption, threatening biodiversity, clean water and air, and infringing on the rights of Indigenous Peoples and vulnerable communities.”

Makes perfect sense. Hold off drilling for new reserves until the price rises in the future. It may be four years or more, but this is an ideal insurance policy for the future of the Norwegian Sovereign Wealth Fund. Keep the oil in the ground until it is really needed.

Well, that’s what the pro-fossil Progress Party might be thinking! Then again, this is a country that has a unique window on the transition that is on track to shatter demand for oil, now that half of the new cars sold in Norway are electrics or hybrids. They may well be hedging their bets, but I wouldn’t necessarily assume that oil prices in 2022 — or EU climate and carbon policies — will leave any space for new exploration.