China Led the World in Clean Energy Investment in 2017 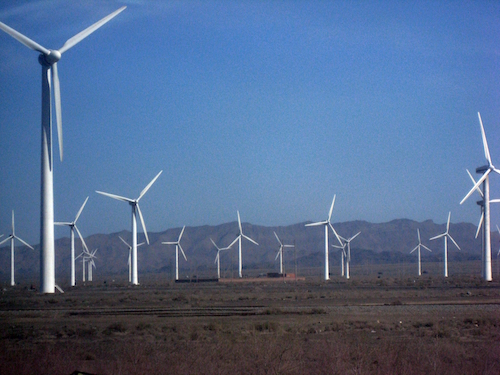 It wasn’t quite a record, but investors nonetheless put a third of a trillion dollars into clean energy last year, with China far out in front of rival nations, Bloomberg New Energy Finance (BNEF) reports in an annual retrospective.

The Clean Energy Investment Trends 2017 report, finds that US$333 billion was invested last year in all forms of clean energy—up 3% from $324.6 billion in 2016, but still significantly lower than 2015, when the survey counted a record $360.3 billion in investment. Driving the increase: “An extraordinary boom in photovoltaic installations in China.”

All that money bought “a record 160 GW of clean energy generating capacity, excluding large hydro, commissioned globally in 2017,” BNEF notes. 98 GW of that was in solar; 56 GW in wind.

However, 2017 saw a shift in the shape of the investment mix and the channels involved. Venture capital and private equity investment dropped 38% in 2017 to reach its lowest activity level since 2005, while clean energy acquisitions hit a record $127.9 billion.

The $132.6 billion China invested in all types of clean energy last year was 24% above its 2016 commitment level, and more than a third of the entire world total.

That investment was more than twice the $56.9 billion placed by the next-highest investor, the United States, an amount essentially unchanged from 2016. Citing unrelated data from the Rhodium Group and the U.S. Energy Information Administration, the Engadget tech blog reports that “solar and wind power represented 94.7% of net new electricity capacity added in 2017,”15.8 out of 16.7 GW installed.

Some other countries also witnessed notable changes in their clean energy investments last year, according to the BNEF survey.

In Britain, dollars invested in clean energy plummeted by 56% to a little over $10 billion. The Guardian asserts that funds committed in the UK fell “further than in any other country,” blaming the decline on “government policy changes”. In India, investment in clean energy for the world’s second-most populous country fell by 20%, to about $11 billion.

On the other hand, large wind and solar projects pushed Australia’s clean investment up by 150%, to a record $9 billion. Investment in Mexico more than quintupled, up 516% from 2016 to $6.2 billion.

At $3.3 billion, Canadian clean investment was up by 45%, after falling by an equivalent percentage in 2016.

The BNEF review confirms that “solar costs continue to fall sharply” around the world, with prices for utility-grade solar PV falling 25% from as recently as 2014. Global solar investment rose by 18% year over year. Wind received $107.2 billion in investment, down 12% from 2016.