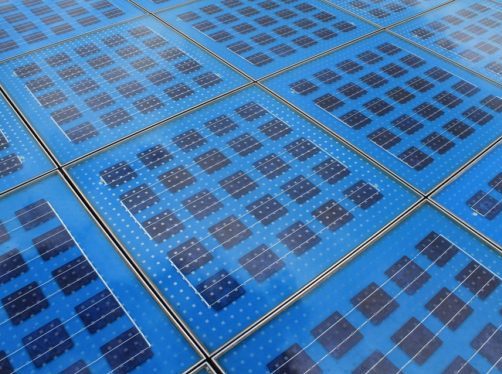 Thieves gave new meaning to the term “highway robbery” in early January when they extracted 1.8 metres of solar panel from a kilometre-long section of photovoltaic expressway that opened in Jinan, eastern China on December 28.

The bold-faced heist would have taken brute strength, as the panels are protected by a film of high-density, transparent concrete that can support the weight of a heavy truck.

Workers on the project strongly suspect a clever case of “technology theft,” The Guardian reports. While the components of the panels themselves were inexpensive, “unknown men” apparently wandered the site during construction and took photos of the project. Such unauthorized visitors were no doubt aware of the fortunes to be made (and lost) as China’s commitment to solar soars.

China is not the first to test the concept of embedding solar panels in roadways. Amsterdam opened the world’s first solar bicycle path in 2014, followed by Poland in 2016. The villagers of Tourouvre au Perche, Normandy have been proud owners of a kilometre-long solar road since 2016. And Sandpoint, Idaho-based Solar Roadways was planning its first major installation along iconic Highway 66 in Missouri, while considering Dayton, Ohio as the location for its first manufacturing plant.

At about ¥3,000/C$580 per square metre, Jinan’s section of solar roadway is dauntingly expensive. But the Jinan roadway is just one example of China’s push to take over the mantle of sole green superpower in the 14 months since the U.S. election. Last year, the New York Times reported on China’s intention to “spend more than $360 billion through 2020 on renewable power sources like solar and wind”.