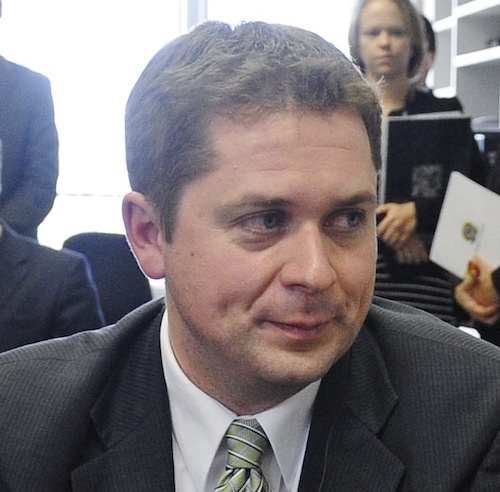 Partisan claims about the costs Canadians will incur as a result of the country’s new floor price on carbon have earned the second-worst rating on the Canadian Press Baloney Meter.

The Meter “examines the level of accuracy in statements made by politicians,” the national news agency explains. “Each claim is researched and assigned a rating,” from the coveted No Baloney designation to Full of Baloney.

On that 1-5 scale, the federal Conservative Party’s attack on carbon pricing received a ‘4’, A Lot of Baloney, indicating that “the statement is mostly inaccurate but contains elements of truth”.

The claims came in two fundraising emails, issued a week apart by Conservative Party headquarters. “Speaking of Liberals with their hands in your pockets, do you know what comes into effect tomorrow? Justin Trudeau’s carbon tax,” wrote Executive Director Dustin Van Vugt on New Year’s Eve. “”No matter where you live in Canada, you will be feeling the pinch from this Liberal tax grab,” the party added a week late. “All Canadians can now expect to pay more for everything.”

Not so fast, CP warns.

In a post picked up by National Observer, reporter Mia Rabson recaps the latest action since Prime Minister Justin Trudeau promised to introduce a $10-per-tonne floor price on carbon this year, rising to $50 per tonne by 2022. Last month, Environment and Climate Minister Catherine McKenna announced that provinces will have until the end of the year to submit their own carbon plans, so that the federal price won’t be enforced until 2019. And of the four provinces with carbon prices already in place, only Alberta’s is increasing this year, from $20 to $30 per tonne.

“Alberta’s estimates suggest a two-parent family with two children will pay another $67.50 for home heating natural gas this year, another $100 to fill their gas tanks, and between $70 and $105 more for other things,” Rabson notes. “If that same family earns less than $95,000 a year, it already receives up to $360 annually in a direct carbon levy rebate from the provincial government to help offset the costs of the carbon tax—a rebate that will increase by up to $180 a year in 2018.”

And for better or worse, “everywhere else in Canada, nothing else changed on January 1 at all. Indeed, the federal government has yet to even introduce the legislation that would allow it to impose a carbon plan on those provinces without one. It is expected in the coming months.”

Which means the claim that “all Canadians can now expect to pay more for everything” doesn’t add up, Ecofiscal Commission Chair Chris Ragan told CP. Renewable electricity won’t be subject to the carbon tax, he noted, and the carbon attributable to services like health care, insurance, legal fees, and mortgages—which account for about 70% of Canadians’ spending—would only see a small to negligible increase.

“”I guess in principle, I would probably say there is nothing where the price won’t go up,” he told Rabson. “But in practice, there will be a whole range of things where you won’t even notice a price increase.”

[So much for any notion that a federal floor price on carbon will change anybody’s energy-consuming behaviour! – Ed.]

Rabson’s verdict: “Only one province saw a carbon price change on January 1, and it wasn’t directly related to the federal government’s carbon price policy,” she writes. “That policy won’t enforce a minimum price on carbon everywhere for another year.” And “while most products and services could go up directly or indirectly because of the carbon price, the impact on the majority of what Canadians spend money on will be small—and, in many cases, offset by rebates.”