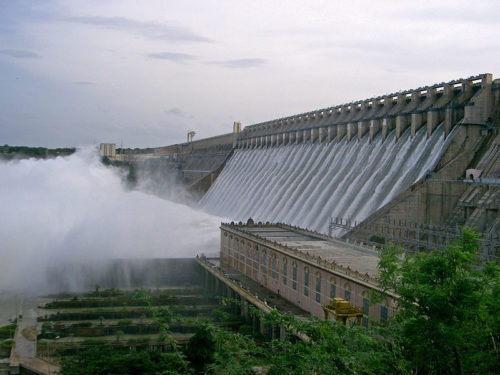 The catalyst for the “dams for dilbit” exposé is the unexpected impact on Manitoba Hydro’s demand profile and finances after TransCanada Corporation decided to cancel its Energy East pipeline. The utility “had been counting on the energy demand from the pipeline, and now the cancellation is putting extra strain on a company already plagued by debt and in the middle of building a C$8.7-billion dam,” DeSmog reports.

Hydro was allocating nearly 40% of Keeyask’s output to power pumping stations for the Energy East, Line 3, and Alberta Clipper pipelines. In a recent filing with Manitoba’s public utility board, the utility said the Energy East cancellation will cost it about 534 gigawatt-hours of annual demand, or 12% of the dam’s production. That estimate “comes at an awfully bad time given the utility’s ongoing debt issues, proposed rate hikes, and cost overruns, which have resulted in the utility laying off 900 staff,” DeSmog notes.

And the connection between renewable and fossil energy isn’t unique to Manitoba. The $10.7-billion Site C hydro project has often been justified as a way to power the liquefied natural gas (LNG) boom championed by the previous provincial government. With LNG now in decline, projected demand of 1,046 gigawatt-hours from the Trans Mountain pipeline expansion will still consume about 20% of Site C’s output, DeSmog states, at a subsidized rate that will cost BC Hydro $27 million per year. Trans Mountain will also grab about 25% of the new wind-generating electricity that Alberta announced in December.

The problem with a big hydro gamble like Keeyask or Site C is that if a big source of electricity demand disappears while a dam is under construction, the remaining ratepayers are left with higher costs. But there are plenty of uses for Manitoba’s surplus capacity, Clean Energy Canada Policy Director Dan Woynillowicz told DeSmog.

“In a hydro-dominated system like Manitoba where you’ve got plentiful, affordable, clean power, the emissions benefit of applying that to transportation is particularly significant,” he said. “We certainly need to be capitalizing on that from a climate change perspective.”

Manitoba can also export clean power to neighbouring U.S. states or provinces like Saskatchewan, which “still has one of the dirtiest electricity grids in Canada,” he added.

But while Canada’s long-term greenhouse gas reduction plan for 2050 calls for more than 100,000 megawatts of new hydro capacity—the equivalent of 150 Keeyasks—DeSmog points to the debates ahead around the “devastating impacts of large hydro on Indigenous and other local communities,” as well as its tendency to “crowd out small-scale and more localized sources of energy like wind, solar, and geothermal” due to the high cost of dam construction.

“There are some obvious options to help reduce demand, such as energy efficiency retrofits for existing buildings and reducing industrial load,” notes correspondent James Wilt. “But outside of rapid innovations in battery storage, transmission lines, and the emergence of alternative low-carbon baseload power (such as geothermal), it’s unclear how Canada will dodge the conflict over hydro.”