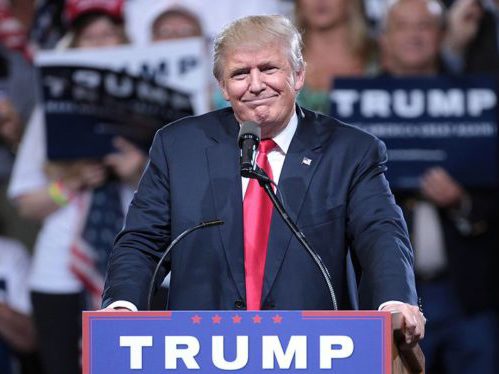 A wish list from coal baron Bob Murray, CEO of Murray Energy, has turned into a to-do list for the U.S. administration, after Murray donated US$300,000 to Donald Trump’s inauguration.

“The White House and federal agencies have completed or are on track to fulfill most of the 14 detailed requests, even with Monday’s decision by federal regulators to reject a proposal by Energy Secretary Rick Perry to subsidize struggling coal and nuclear plants,” the New York Times reports. The “sweeping wish list of regulatory overhauls”, addressed to Vice President Mike Pence and obtained by Sen. Sheldon Whitehouse (D-RI), “includes ending regulations on greenhouse gas emissions and ozone and mine safety, as well as cutting the staff of the Environmental Protection Agency ‘at least in half’ and overhauling the Labor Department’s office of mine safety.”

“I give [Donald Trump] and his administration credit for being bold, being passionate, and being correct in addressing a lot of these issues that were on my list here,” Murray told the Times.

“This list was to remain private, a list of things that needed to be done for reliable, low-cost electricity in America,” he added. “That was my number one goal here, was to give guidance to the administration in an area that I have observed over 60 years.”

It might also be that Murray’s high-minded if misguided advice was motivated by his own company’s tenuous hold on solvency. In August, Trump turned down his patron’s urgent request that he prohibit any additional coal-fired power plant closures in the U.S. for at least two years, the Associated Press reported at the time. In a letter addressed to the White House, Murray said his company sought the action as “the only viable mechanism” to prevent a key customer, Ohio-based FirstEnergy Solutions, from shuttering more coal generation.

“Without FirstEnergy’s plants burning his coal, Murray said his own company would be forced into ‘immediate bankruptcy,’ triggering the layoffs of more than 6,500 miners,” AP noted.

The Times details the items on Murray’s wish list and reports on his “unusually close relationship” with Trump. “The astonishing presumption of this list,” Whitehouse said. “It’s an extraordinary arrogance of the fossil fuel industry based on the power they wield in Washington, DC.”

17 Dead, 40 Missing After Mudslides Leave Montecito ‘Like a WW1 Battlefield’