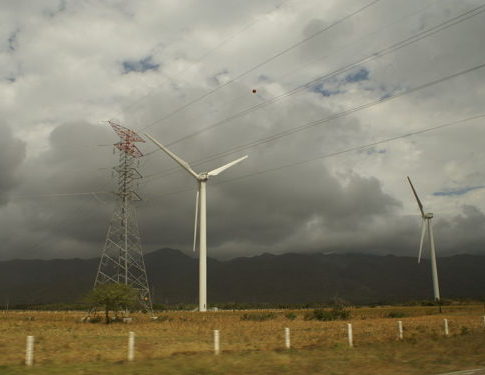 Mexico, already the North American leader in actually implementing climate policy, took another step forward this month as clean energy quotas took effect for certain large electricity users, and trading was opened in CELs—Certificados de energía limpia—which each certify generation of a megawatt-hour of electricity from an approved clean source.

The initiative, part of a larger suite of climate action and energy sector reforms enacted by Mexico’s Congress over the last several years, is intended to move the country a substantial distance to its goal of sourcing 35% of its energy from clean sources by 2024.

As of January 1, according to a government FAQ [in Spanish], identified large industrial consumers and distributors of electricity in Mexico must track the share of the power they consume that comes from a list of accepted clean sources. Beginning next year, they must be able to provide regulators with certificates demonstrating that they achieved at least 5% clean energy supply during 2018—and a rising percentage in years ahead. Companies unable to present enough certificates will face fines.

They can earn the certificates, issued by the Comisión Reguladora de Energía (CRE) in units of 1 MWh each, either by generating clean energy or buying it on an open market.

The winners of several auctions for renewable energy supply held in 2016 and last year will be among the early certificate-holders, with wind and solar leading the list of approved clean energy vendors. Also on the list are as-yet undeveloped ocean power, biomethane from livestock operations, and geothermal energy, as well as hydroelectricity and power from Mexico’s only nuclear generating station.

According to the report, which was widely glowing about moves to bolster Mexican education, health, justice, and regulation under Peña, a more controversial move to open state-owned fossil monopoly Pemex to private competition has overshadowed important changes in the electricity sector. Newly independent and empowered regulators are overseeing “deep reform” in the electricity sector, typified by a renewables auction system that “is a world reference and has attracted some of the lowest-price projects globally”.

Mexico, the OECD recalls, was also “the first emerging country to submit its nationally determined contribution ahead of the COP 21.” It has committed unconditionally to reduce its greenhouse emissions 22% (and black carbon 51%) by 2030 compared to a business-as-usual trajectory, with escalation of those commitments to 36 and 75% respectively under certain circumstances.

The country implemented a carbon tax in 2014, and the following year passed legislation mandating the creation of an emissions cap-and-trade market which it may link with the Western Climate Initiative, an exchange that already includes accredited emitters in California, Ontario, and Quebec. A year ago, Peña’s government weathered protests to reduce subsidies on gasoline, pushing up its price substantially.