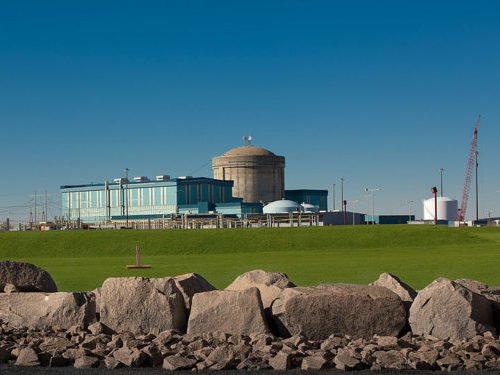 Brookfield Business Partners LP, a unit of Toronto-based Brookfield Asset Management, is about to become the western hemisphere’s biggest nuclear contractor, for what that’s worth—which may not be quite the US$4.6 billion the company paid to acquire bankrupt Westinghouse Electric Co.

The deal, which still needs court and regulatory approval in the United States, is expected to close in the third quarter of this year, 2018, Bloomberg writes. The purchase will be financed by roughly $1 billion in equity from Brookfield Business Partners, as well as debt and the assumption of some limited liabilities.

Reuters, citing court records, reports that “Westinghouse is one the world’s leading suppliers of nuclear fuel, and provides some form of service to 80% of the world’s 450 commercial reactors,” generating free cash flow of $403 million on revenue of about $3.1 billion in its 2015 fiscal year.

“Westinghouse is a high-quality business that has established itself as a leader in its field, with a long-term customer base and a reputation for innovation,” said Cyrus Madon, CEO of Brookfield Business Partners.

“Brookfield’s acquisition of Westinghouse reaffirms our position as the leader of the global nuclear industry,” said Westinghouse CEO José Emeterio Gutierrez, adding that the deal will make the company “stronger, more streamlined”.

Perhaps. The company filed for bankruptcy 10 months ago, in a step that shook the U.S. nuclear industry and left nuclear plants being built to Westinghouse specifications in South and North Carolina subject to so much doubt—on top of years of delay and cost escalation—that their investors cancelled them.

Westinghouse, Bloomberg notes, “has used the Chapter 11 process to distance itself from any obligations” to the cancelled projects.

After filing for bankruptcy protection, Westinghouse managers initially indicated the company would give up trying to build new reactors, but the Trump administration has encouraged it to bid for construction contracts in Saudi Arabia and elsewhere.

Included in the Brookfield deal are Westinghouse units operating in Europe and elsewhere that are not under bankruptcy protection, reports note.

While that’s true, the doubtful future for nuclear power also makes Westinghouse one of Brookfield’s riskiest bets yet.