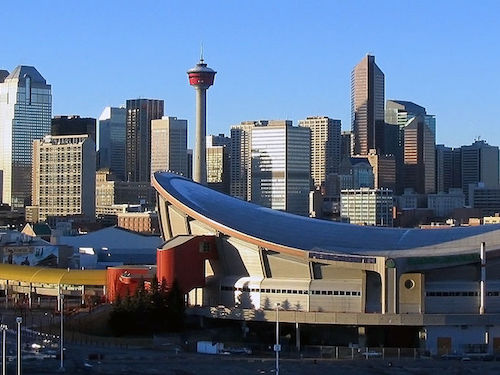 The benchmark price for Brent crude oil from the North Sea hit US$68.13 a barrel this week, its highest since May 2015, and analysts forecast record production this year from Canada’s tar sands/oil sands. Still, caution remains in the industry’s Alberta heartland.

Reuters credits ongoing production discipline by members of the OPEC oil exporting cartel, combined with tightening U.S. crude inventories. for the fossil fuel’s “upward [price] trajectory.” And a report from the accounting firm Deloitte, predicted last week that an increase in heavy oil demand from American Gulf Coast refiners, combined with a number of small expansions by tar sand/oil sand operators, could for the first time push the output of synthetic crude oil from Athabasca bitumen above three million barrels a day.

But even so, CBC News finds that Alberta’s oil patch is reacting to the bullish analyses with restrained enthusiasm.

“$60 oil is not as exciting as it was,” shrugged tar sands/oil sands historian David Finch. “We wish it would go to $110 again like it was five years ago, but that’s probably not going to happen.”

“I guess it’s positive,” ATB Financial economist Todd Hirsch said of the newly-regained price point. “But there are other things here to talk about.” One is the near-record discount of about $25 per barrel being charged against Canadian oil compared to other supplies, reflecting in part the strains on rail and pipeline capacity to transport it to market.

Thanks to that discount, the real price Alberta producers receive for a barrel of diluted bitumen is much closer to $45 than to benchmark prices in the $60 to $68 range.

Unstable Climate Did Record Damage in 2017