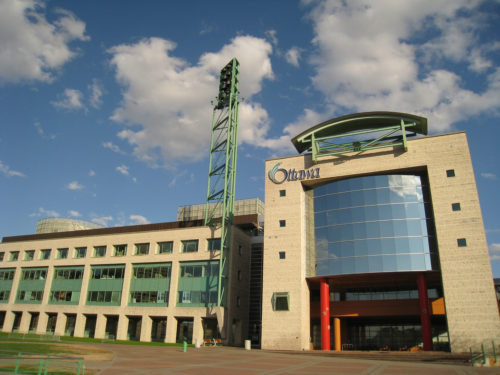 It’s time for the City of Ottawa to properly fund and staff an energy transition initiative that elected officials claim to see as a priority, The Energy Mix curator Mitchell Beer writes in an Ottawa Citizen op ed.

If they had attached the same importance to the city’s signature light rail transport plan, “they’d have made a bold, ambitious decision to retire [the local transit company’s] last horse and buggy by 2025,” Beer adds. “And they would have put off the vote to fund replacement vehicles until the next term of council.”

Councillors caught flak from Ecology Ottawa nearly a year ago, for what CBC headlined as a “toothless and delayed” climate and energy strategy. “I’m really worried about this process, and I really hope I’m wrong,” then-executive director Graham Saul told councillors at the time. “There’s no sense of urgency,” agreed local entrepreneur Angela Keller-Herzog. “As a small business owner, I’ve done my part, and I want the city to do its part.”

Those concerns were borne out just before the holiday, when the mayor and councillors adopted the last budget of their four-year term—a term in which they claimed energy and climate would be a priority initiative. To add insult to injury, “on the final day of the budget debate, the city treasurer magically discovered another $10 million to fund essential programs for this year. But the mayor and council still couldn’t find the desperately needed dollars to put Ottawa in the growing league of cities investing in a low-carbon future,” Beer writes.

“A budget is the most revealing policy document any public body produces, the acid test for its true intentions,” he adds. “By that measure, city council managed a treacherous retreat in the last days of the old year: It betrayed a community already seeing the effects of climate change and turned its back on Ottawa’s next big employment generator.”

That sense of betrayal has been magnified over the decade or more that local climate action has been postponed. “Citizens in Ottawa have been waiting patiently and asking politely for a coherent climate and energy plan for more than a decade. We keep hearing it’s a priority. Year after year, the budget tells a different story. It’s hard to avoid the conclusion that we’re being played.”

In a Citizen op ed published the day of the budget vote, Ken Johnson, Adjunct Professor in the University of Ottawa’s School of Epidemiology and Public Health, listed just a few of the 7,000 cities—from Vancouver and Montreal, to Atlanta, Cape Town, and Paris—that are helping to lead the fight against climate change.

“These cities are leaving us in their rapidly decarbonizing dust, demonstrating solutions that clean the air, and create local jobs and business opportunities, all the while driving down their carbon footprint,” Johnson wrote. While there has been limited, halting effort in Canada’s capital, “none of that activity will come close to putting Ottawa on a trajectory for doing its part and meeting its goal of reducing greenhouse gas emissions 80% by 2050.”

With the budget now in the books, Beer focuses much of his disappointment on Watson, suggesting that “if the mayor has any concern for his legacy in office, he might ponder the massive failure he is permitting on his watch. Particularly when many of us know he can do better.” A “defining characteristic” of the mayor’s tenure has been his “burning desire to be seen as a leader in all things,” Beer notes. But “to seize that mantle on this most important of issues, he must recognize the urgency of the climate crisis and the unstoppable momentum behind affordable, low-carbon opportunities.”