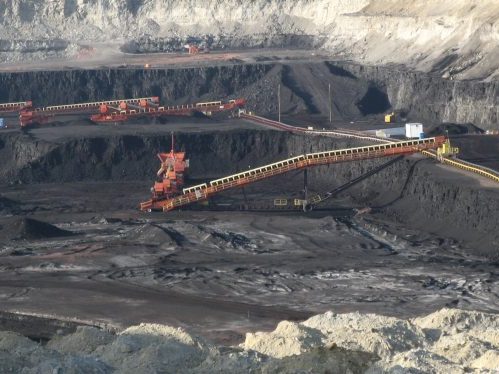 The world’s second-biggest mining company, Australian-British BHP Billiton Ltd., said it had taken a “preliminary” decision to leave a global coal lobby group, and perhaps two other influential corporate lobbies, over their stands on climate and other social responsibility issues.

BHP announced on Tuesday that it had “reached a preliminary view to exit” the World Coal Association over its obstruction of climate action. The company said it might also walk away from the U.S. Chamber of Commerce over its resistance to transparency in mining industry payments to government figures, and the Minerals Council of Australia if it continues its promotion of coal in Australia’s energy policy.

The company complained that the global coal lobby had called on Australia to abandon a clean energy target, while promoting as-yet unproven “clean” coal technology on its website as “a pathway to zero emissions from coal.”

“BHP has largely quit mining coal for power plants but is the world’s largest exporter of coal for steelmaking,” Reuters reports. The company, it said, “will seek responses from the World Coal Association over policy differences before making a final decision on whether to pull out in March 2018.”

“This is a message that even organizations like BHP, with large coal assets, do not value aggressive anti-climate lobbying,” Brynn O’Brien, executive director of the Australasian Centre for Corporate Responsibility, told the West Australian.