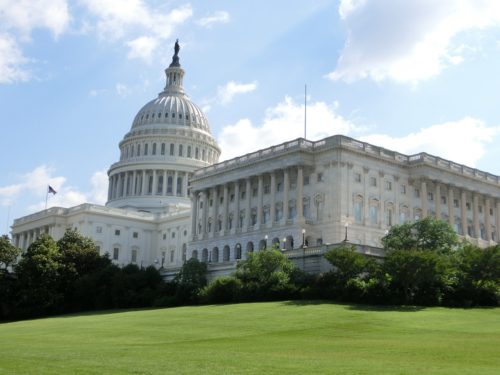 As the U.S. Congress lurched toward completion of a major measure to overhaul (and erode) the country’s tax system, news reports suggested that tax credits for wind, solar, and electric vehicles had dodged a bullet.

The wind and EV credits were set to be cancelled under the US$1.5-trillion tax bill adopted by the House of Representatives, but both were protected in the Senate version of the legislation. A post by the Rocky Mountain Institute captured the state of play going into the House-Senate negotiations.

“Congress should change course to preserve the existing policy framework for renewable energy enshrined in the 2015 law and remove the harmful provisions for wind and solar,” wrote RMI Sustainable Finance Principal Jeff Waller and Marketing Manager Kevin Haley. “To do otherwise would lead to a significant loss of jobs and investment dollars, which would undermine the growth trajectory of clean energy. Given that the purported goal of the tax reform legislation is to spur economic growth, it is ironic that both proposed versions of the bill undercut an industry that today creates jobs at a rate 12 times faster than the rest of the economy and is increasingly backed by dozens of major corporations.”

As negotiators from both chambers worked to reconcile the two bills, Republican sources told Bloomberg last Wednesday, the wind and EV credits were set to be retained, along with a lucrative master limited partnership (MLP) provision for oil and gas projects.

“We’re encouraged by reports of progress in the House-Senate conference—including indications that the direct assault on renewable energy in the House measures will not be included in the final bill,” Gil Jenkins, communications vice president at the American Council On Renewable Energy (ACORE), told Utility Dive.

The U.S. solar industry was also satisfied with the direction of negotiations, CleanTechnica reported. “After weeks of negotiations, the final tax legislation released today maintains the solar Investment Tax Credits (ITC) for both commercial developers and for homeowners in its current form,” said Abigail Ross Hopper, president and CEO of the Solar Energy Industries Association.

“This is a great victory for the solar industry and its 260,000 American workers, and we commend our bipartisan solar champions in Congress for their diligent efforts to maintain solar’s critical role in America’s economy.”

But with details of the final bill still taking shape, ACORE was “unsure if it will be sufficient to allow renewable energy projects access to the financing that is essential for the use of tax credits.” Bloomberg and Utility Drive both indicated negotiators were undecided on a minimum tax on foreign corporations that would have undermined tax credits for wind and solar projects.

As it is written, the “Base Erosion Anti-Abuse Tax provision, or BEAT, threatens to erode the value of solar and wind credits that renewable energy developers sell, drying up a $12-billion tax equity market, but bill negotiators are trying to address it,” Bloomberg reported, citing Senate negotiator John Thune (R-SD).

“We’re working on it,” he said. “Nothing’s finalized yet but we recognize that is a problem created by the BEAT and we are trying to ensure those types of projects aren’t adversely affected.”

The House bill would also have retroactively cut the tax credit for wind projects from 2.3 to 1.5¢ per kilowatt-hour, even though the credit was already set to expire in 2020—and projects had already been planned in good faith with the Congressional provision factored in. “We’re in a transition period already, even if you don’t have a tax bill, on wind,” said Sen. Charles Grassley (R-IA), an avid wind supporter. “Wind is in transition, so it shouldn’t be changed if we have a tax bill.”

Senate Energy and Natural Resources Committee Chair Lisa Murkowski (R-AK) advised clean energy lobbyists to “not panic”, adding that any tax credits not included in the main bill could still be taken up in a subsequent “extenders” package. “I do believe there will be an extenders that will incorporate many of the concerns, whether it’s wind or solar [or] the nuclear PTC,” she said last Tuesday.

The back-and-forth prompted CleanTechnica columnist Zachary Shahan to ask how the renewables fight could have been won, with Democrats largely excluded from negotiations and many Republicans implacably opposed to renewable energy technologies.

“Solar energy, wind energy, and electric vehicles have become big business in the United States (and elsewhere),” he wrote. “Thousands of companies—big and small—benefit from these extremely fast-growing industries.” And some of the companies “are raising significant awareness among the political class that they are creating jobs and economic benefits for their states and districts.”

The upshot: “Many members of Congress know there are wind, solar, and EV companies in their jurisdictions creating jobs that would be slammed by a sudden policy change, and that would threaten these politicians’ own job security as a result.”