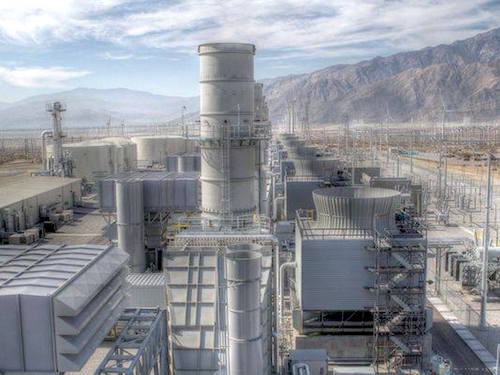 The plummeting cost of lithium-ion battery storage is on track to make new natural gas “peaker” plants obsolete in the United States within a few years, according to a recent presentation at Greentech Media’s Energy Storage Summit.

“I can’t see a reason why we should ever build a gas peaker again in the U.S. after, say, 2025,” said GTM Research and Wood Mackenzie Senior Advisor Shayle Kann. “If you think about how energy storage starts to take over the world, peaking is kind of your first big market,” making the gas plants dedicated to meeting peak electricity demand a “sweet spot” for building batteries into a dominant presence on the grid.

“Today, lithium-ion batteries are competitive with natural gas peaker plants in select cases,” Greentech notes. With costs falling fast, “in a few years, competition will intensify across the country,” with the result that “in four years, new natural gas peakers will become increasingly rare. In 10 years, it’s possible they’ll stop getting built altogether.”

“Peakers are expensive,” Kann explained, and “energy storage is starting to get very close to the point where it can just beat a gas peaker, head to head, purely on an economic basis. A decade from now, energy storage always wins.”

And just in time, given the expectation that the U.S. grid will need 20 gigawatts of new peaking capacity in the next decade. “While the U.S. market includes less than a gigawatt of storage today, it will replace a third of peakers under a base-case scenario in the next decade,” writes reporter Emma Foehringer-Merchant. “If the market grows faster, storage may replace nearly half of those 20 gigawatts of peaking capacity.”

Underlying these estimates is the reality that “time and time again, in adjacent sectors like solar and even in energy storage, technology costs have the capacity to fall faster than almost anybody expects,” Kann acknowledged. “Including us.”

In recent weeks, manufacturing giants Siemens and General Electric have both announced major layoffs in their gas turbine divisions, citing soft demand for their products.