Only Climate Change Can Explains Some of 2016’s Unprecedented Weather 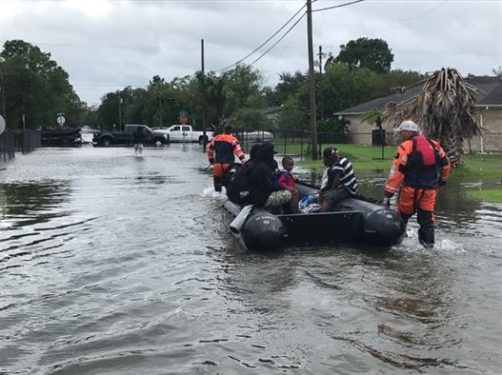 Climate scientists have always been reluctant to blame specific weather anomalies on global warming. Now that’s changing, with the release of the American Meteorological Society’s examination of extreme weather events in 2016.

Several, the AMS finds in an annual report on the previous year, simply would not have happened in a climate unaffected by human releases of greenhouse gases from the combustion of fossil fuels.

“While five previous editions [of the AMS’ reports] included research showing that climate change made dozens of heat waves, droughts, and storms more likely or more severe, none had determined that the events could not have occurred under ‘natural’ conditions,” InsideClimate News reports.

But neither a “devastating” heat wave in Asia last year, nor unprecedented warmth of ocean waters off Alaska, “would have been possible without the excess carbon dioxide that humans have pumped into the atmosphere over the past century,” the AMS’ latest report concludes.

2016 was also the warmest year yet in the historic record (with 2017 on course to come in second), at 1.3ºC above pre-industrial temperatures, very nearly reaching the Paris climate agreement’s aspirational 1.5ºC cap for average global warming.

That estimate may even be on the low side. Still other researchers have estimated that global warming made the flooding of south Texas a stunning six times more likely than it would have been as recently as the turn of this century.