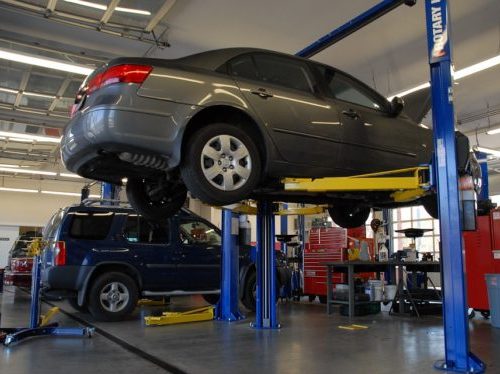 A big plus for electric car owners—lower maintenance cost—is a big downer for thousands of auto repair shops and their employees, whose livelihoods depend on the many things that can go wrong with an internal combustion engine.

“As a wave of electric vehicles quickly approaches,” the Washington Post writes, “it could wash away a large portion of a skilled labour group that has been around for decades—the neighborhood auto mechanic.”

Electric motors don’t require complicated ignition systems, moving pistons and gear trains, or oil changes. But those are the bread and butter for some 750,000 American workers, the paper notes, “nearly four times the number of people employed by the coal mining industry,” and 160,000 independent auto repair shops (to say nothing of thousands of more service centres affiliated with car dealerships).

And while car repair has become more technically evolved, many of those services will simply not be needed as the North American auto fleet shifts from internal combustion to electrical motors over the coming years.

“Ninety percent of our industry has done nothing—absolutely nothing—to prepare,” worries Massachusetts mechanic and business owner Craig Van Batenburg. “They just turn the hybrids and EVs away and say, ‘We don’t work on those cars, go back to Ford or Toyota.’ The fear factor is huge.”

After owning a Nissan Leaf for seven years himself—and putting a single hour of maintenance into it over all that time—Van Batenburg believe two-thirds of America’s auto mechanic jobs will disappear over the next two decades.

Others are more optimistic. As the Post observes, “there will always be some work, because tires can last only so many miles, shock absorbers and struts have only so many movements in them—and even Tesla batteries don’t last forever.”

Much depends on how fast electric cars replace gas-driven ones. Van Batenburg gives his industry 20 years. Bill Moss, who owns a repair business in Warrenton, VA, “thinks people should be worried about 2025—not 2040,” the Post notes.

Only Climate Change Can Explains Some of 2016’s Unprecedented Weather