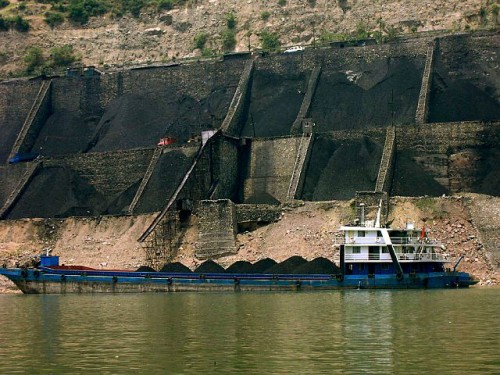 Canada may have set a deadline for (nearly) eliminating coal from its electricity generating mix and be campaigning abroad for the same, but Canadians’ money—including their retirement savings—continues to fund the dirtiest fossil fuel’s use elsewhere for decades more to come.

“Canada and the United Kingdom last month teamed up to launch the Powering Past Coal Alliance, trying to bring the rest of the world on side with a campaign pledge to phase out coal as a power source entirely by 2030 for the developed world and 2050 for everyone else,” the Canadian Press writes. “Turns out Canadian money is also financing international coal plants, through private investors.”

And not only private ones. In fact, the country’s two largest investors of Canadians’ public retirement funds—Quebec’s Caisse de depot et placement du Quebec, which invests retirement savings for residents of that province, and the Canada Pension Plan Investment Board, which does the same for the rest of the country—are among six Canadian financial companies that turn up on a list of “the top 100 investors in new coal plants in the world,” the outlet reports,

Citing a study released by Friends of the Earth Canada and German environmental non-profit Urgewald, CP says the two public funds were joined on the list of coal investors by four private companies: Sun Life, Power Corporation, Royal Bank of Canada, and Manulife Financial. Together, the private and public Canadian institutions “have pledged $2.9 billion towards building new coal plants overseas.”

According to Urgewald, the 100 large global investors are funding some 1,600 new coal plants in 62 countries, “more than a dozen of which don’t have any coal-fired plants now.”

Canada’s Environment and Climate Change Minister Catherine McKenna was meeting this week with other officials at the One Planet Summit in Paris, hosted by French President Emmanuel Macron and largely focused on international climate finance. Her office did not provide CP with a comment for its story.

The Pembina Institute’s Erin Flanagan, however, urged the Canadian government to require “investment companies to include climate change risks when publishing decisions about investment opportunities.”