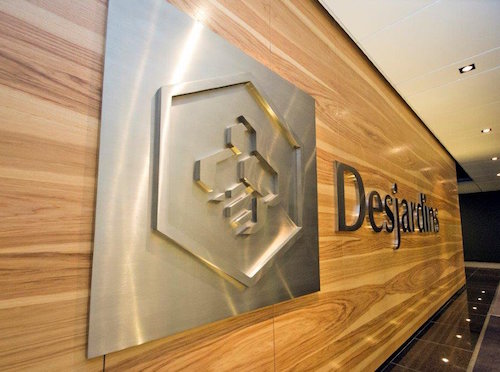 “It means the moratorium we put on in July now is replaced by the application of the ESG [environmental, social and governance] criteria, not only for the energy sector but all the different business sectors we invest in,” said CEO Guy Cormier. “We want to work with the sector to support the transition to clean energy.”

The decision “had been applauded by environmental groups and First Nations opposed to oilsands development, who urged the Quebec credit union to make the freeze permanent,” The Canadian Press reports. “They also asked Desjardins to withdraw from pipeline lending commitments such as its C$145-million stake in a loan package for Kinder Morgan Canada Ltd.’s Trans Mountain pipeline expansion project to bring more oilsands crude from Alberta to the West Coast.”

“Although today’s announcement shows some important progress, such as investments in renewable energy projects, Desjardins failed to act consistently,” he told CP. “The Desjardins Group is turning its back to First Nations who oppose [Kinder Morgan] and is undermining the fight against climate change.”

“They are motivated by the very shallow values of corporate greed, and they have chosen to feed off the dying carcass of the fossil fuel industry,” added Grand Chief Stewart Phillip of the Union of B.C. Indian Chiefs.

“Cormier said oil and gas investments represent about $6.6 billion out of a total of $276 billion in Desjardins assets,” CP notes. “He said the company will move to a carbon-neutral state by offsetting its own greenhouse gas emissions through the purchase of carbon credits starting this year.”

And in what sounds an awful lot like an intensity-based target for the investment industry, Cormier “vowed to ensure that by 2020, the emissions from companies in its investment portfolio are 25% lower than the average of companies in stock and bond market indexes.”