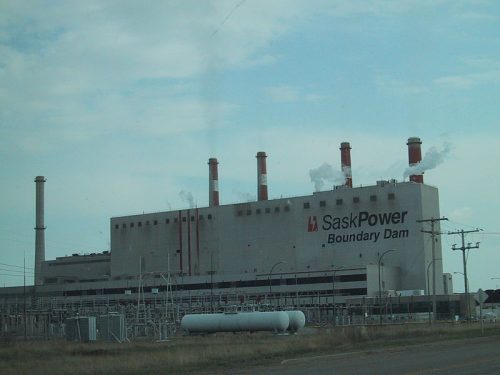 Saskatchewan’s government has a climate strategy—without an apparent objective. It was just one shortcoming critics pounced on after the province’s governing conservative Saskatchewan Party released its climate response plan earlier this week.

Prairie Resilience: A Made-in-Saskatchewan Climate Change Strategy, boasts that “Saskatchewan is developing its own plan to reduce greenhouse gas emissions while minimizing costs to industry and households. Our resilience and readiness-based strategy will reduce greenhouse gas emissions more effectively than a carbon tax, while addressing the complex challenges presented by a changing climate.”

To support that claim, the strategy notes that the province’s Crown utility, SaskPower ,“has committed to increasing its target for renewable energy generation capacity from 25% to 50% by 2030.” That alone, it claims, “will reduce greenhouse gas emissions by approximately 40% below 2005 levels by 2030.”

But while conceding somewhat grudgingly that “Saskatchewan acknowledges the science-based reality of climate change,” and that emissions from burning fossil fuels are “some” of the greenhouse gases raising global temperatures—a point on which the province’s departing Premier Brad Wall has equivocated in the past—the strategy goes out of its way to minimize Saskatchewan’s contributions to the problem. “Our province’s GHG emissions were 75 million tonnes in 2015, approximately 10% of Canada’s emissions, which are approximately two per cent of global emissions.”

Saskatchewan has, however, witnessed the country’s fastest-rising emissions from oil and gas production, making it the country’s largest per capita emitter. Even so, its climate strategy promises no more than “to explore how reductions in GHGs might be achieved in the oil and gas industry”.

The provincial government also doubled down on its commitment to burning coal in plants equipped with carbon capture and storage, the feasibility of which it has been trying to demonstrate at its troubled Boundary Dam generating station.

“This technology can be applied to other countries, such as China and India, which are heavily dependent upon coal-fired electricity generation,” the strategy imagines. “Thousands of coal plants are in development around the world, [Eds: or not] and dozens of countries are evaluating various CCS technologies to reduce the carbon footprint of their power production.”

Most strikingly of all, the strategy appeared to be a plan to nowhere, lacking any target for future emission reductions.

“Not setting a carbon reduction target in its climate plan shows that the Saskatchewan government doesn’t take the fight against climate change seriously,” Environmental Defence’s Dale Marshall said in an emailed statement.

The Alberta-based Pembina Institute described the plan as “half-hearted”. Containing “too many holes to be a credible—or convincing—approach to combatting climate change,” it wrote in a release, “the strategy appears to exempt the province’s oil and gas and electricity sectors, and doesn’t outline a process to determine sector-specific emissions standards.” While it hints at the application of a carbon pricing device for large emitters, the plan avoids articulating a clear starting price or date.

Pembina also pushed back on the province’s attempt to downplay its contribution to climate disruption. “Saskatchewan,” it noted, “is Canada’s fourth largest [provincial] emitter in absolute terms.”