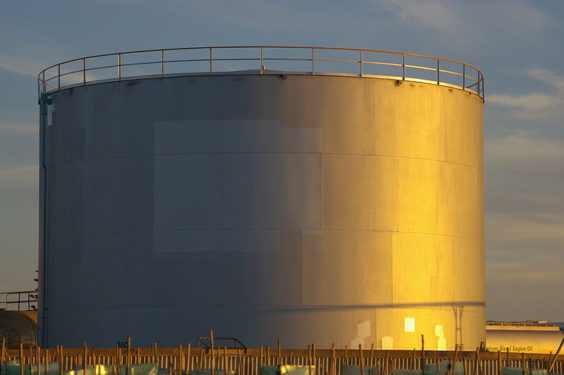 Splintered responsibilities and incompatible databases make it impossible to say how often large quantities of diesel fuel are spilled in Canada. But a rough estimate puts it at around once every eight hours.

Hundreds of remote Canadian communities, often at the end of long and tenuous supply lines, rely on diesel for heat and electrical generation. Spills are not infrequent and can be locally devastating. Author and journalist Christopher Pollon ran into the void in data when he tried to set one spill in context.

In the summer of 2015, 13,500 litres of diesel fuel spilled onto the ground at Inukjuak, Quebec, on the east coast of Hudson Bay. Cleaning it up “was a painstaking process that involved scooping up every bit of soil and rock that was contaminated and then loading it onto a tanker. Everything was then shipped thousands of kilometers south to be disposed of safely,” Pollon writes for Discourse Media.

The experience prompted the community to seek a clean alternative to diesel—the subject of Pollon’s reporting visit in 2016. But when Pollon tried to put the Inukjuak spill into context, he writes, he ran into “a web of bureaucracy that ultimately means it’s hard to know the true cost of Canada’s diesel dependency”.

“There is no central body tracking spills across Canada,” he writes. “The data is collected by individual provinces and territories, Transport Canada and the Canadian Coast Guard. They each approach data collection and tracking differently. Some sources include heating fuel, jet fuel, and fuel oil, while others do not.”

Pollon asked all 10 provinces and three territories for their records of diesel spills in their jurisdictions—on land, and into lakes—in 2015, the year of the Inukjuak spill.

“Initially only Saskatchewan (36 diesel spills), Newfoundland (35), and the Northwest Territories (55) responded with data. Manitoba never acknowledged my calls at all, while PEI, New Brunswick, and Alberta stopped responding after initial contact,” he recalls. British Columbia said it couldn’t fulfill his request “because the province’s electronic records for diesel spills are ‘not compiled into a searchable database.’”

Quebec and Ontario also eventually replied. The first reported 50 spills—including Inukjuak’s. Ontario eventually reported the largest number of terrestrial and aquatic spills of all, “over 650 spill incident records for 2015 alone”.

Aggregating all the federal and provincial sources Pollon cites leads to a lower-range estimate of roughly 1,000 diesel spills into the Canadian environment in 2015.

But without more precise and comparable data, he observes, “the full extent of diesel spills cannot be quantified for the public and decision-makers to see, as they continue to grapple with how to power Canada’s remote communities.”