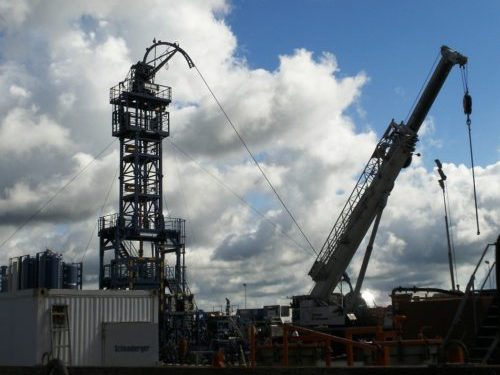 A new fossil energy boom is picking up steam in Alberta and British Columbia, with about C$30 billion in new investment expected to flow next year into the Duvernay and Montney shale fields.

“There is no question there is a new Alberta vibe happening in that west-central Alberta/northeast B.C. area,” said Peter Tertzakian, executive director of the ARC Energy Research. The region “is estimated to hold more than three billion barrels of marketable crude, six billion barrels of natural gas liquids (such as propane and butane), and more than 75 trillion cubic feet of natural gas,” CBC notes, citing National Energy Board figures.

And “new horizontal fracking technology means all those hydrocarbons are now cheaper and easier to get to market,” the national broadcaster notes, so that the region will see significantly more investment than the $13 billion expected to flow into the tar sands/oil sands, mainly to maintain existing projects.

CBC’s report from the region picks up all the signs of an economic boom taking shape, while acknowledging that its staying power may depend on global oil prices holding in their current range of about US$60 barrel—a prospect that may or may not be realistic over time.

But even with the expectation of a local upswing, one local hotelier was sanguine about her longer-term prospects.

“It’s only just been very recently that things have picked up, and we are just in a lucky area because of the Duvernay,” said Colleen Dwyer, general manager of Walking Eagle Inn and Lodge in Rocky Mountain House. But “this industry, it is so unpredictable. There are so many variables and you just can’t predict, you can’t forecast, so you just keep your fingers crossed.”